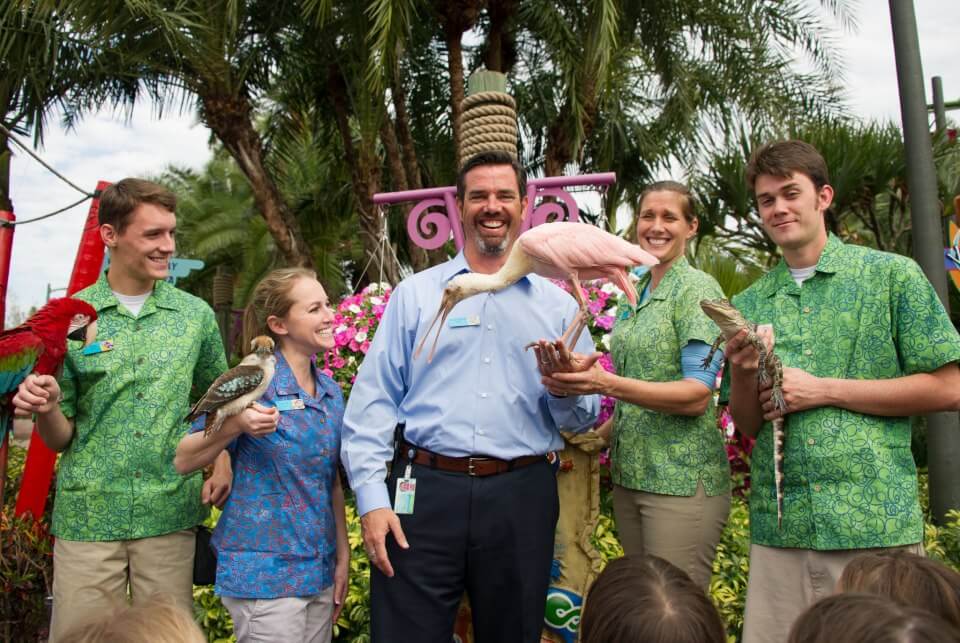 SeaWorld Orlando today celebrated the fifth anniversary of the opening of Aquatic with a celebration for water park guests, many of whom took advantage of the recent (and now sold out) deal to gain admission for just $5. A special birthday party held was in the afternoon and despite the 60-degree weather, many excited guests joined in the festivities featuring animal ambassador meet and greets, special treats, and a live DJ who raffled off prizes for future visits with Cabanas and all-day-dining. $5 merchandise specials were also offered all day that included clothing, Aquatica-themed glasses, and more. Aquatica Vice President Bryan Nadeau addressed the crowd, thanking them for visiting over the past five years, also leading the group in the Happy Birthday song. An Aquatica water park also opened in San Antonio, Texas in on May 2012 and a third will open in San Diego, California in summer 2013.