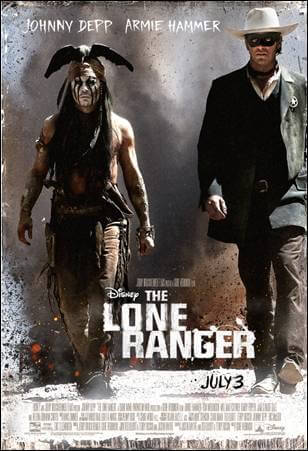 Walt Disney Studios will be debuting three new highly-anticipated movie trailers before and during the Super Bowl on Sunday. In advance, they have supplied teasers for the previews that will air during the big game, along with new posters for each film. A new spot for “Iron Man 3” is set to air during this Sunday’s game.

Marvel’s “Iron Man 3” pits brash-but-brilliant industrialist Tony Stark/Iron Man against an enemy whose reach knows no bounds. When Stark finds his personal world destroyed at his enemy’s hands, he embarks on a harrowing quest to find those responsible. This journey, at every turn, will test his mettle. With his back against the wall, Stark is left to survive by his own devices, relying on his ingenuity and instincts to protect those closest to him. As he fights his way back, Stark discovers the answer to the question that has secretly haunted him: does the man make the suit or does the suit make the man? Disney will be debuting a brand-new :90 sneak peek for the highly anticipated Disney/Jerry Bruckheimer Films summer blockbuster “The Lone Ranger” on Sunday, February 3, during the CBS Pregame Show 2:00 PM EST. In conjunction with the release of the new footage, Disney will hold a sweepstakes that offers participants a chance to win prizes provided by SUBWAY® restaurants and Kawasaki.

To participate in The Lone Ranger “Who Will You Ride With on Game Day” Sweepstakes* and get a chance to win prizes for “You and Your Kemosabe,” tune in and follow @LoneRanger on Twitter. For a chance to win, after the sneak peek airs answer trivia questions about the spot correctly and use #LONERANGER in the reply. All correct entries will be entered in a blind drawing for a chance to win a prize pack, such as Kawasaki helmets, SUBWAY® gift cards, and more. Each prize pack includes two prizes, one each for “You and Your Kemosabe.” The sweepstakes will end February 4, 2013, at 3:00 p.m. PST. Entries will also be accepted via email to lonerangersweeps@thaweb.com. A commercial for Walt Disney Studios’ “Oz the Great and Powerful” is set to air during this Sunday’s game. Be sure to check out the witch and all her power as she takes over the Disney.com homepage immediately following the commercial on game day.

Disney’s fantastical adventure “Oz The Great and Powerful,” directed by Sam Raimi, imagines the origins of L. Frank Baum’s beloved wizard character. When Oscar Diggs (James Franco), a small-time circus magician with dubious ethics, is hurled away from dusty Kansas to the vibrant Land of Oz, he thinks he’s hit the jackpot—fame and fortune are his for the taking—that is until he meets three witches, Theodora (Mila Kunis), Evanora (Rachel Weisz) and Glinda (Michelle Williams), who are not convinced he is the great wizard everyone’s been expecting. Reluctantly drawn into the epic problems facing the Land of Oz and its inhabitants, Oscar must find out who is good and who is evil before it is too late. Putting his magical arts to use through illusion, ingenuity—and even a bit of wizardry—Oscar transforms himself not only into the great wizard but into a better man as well.