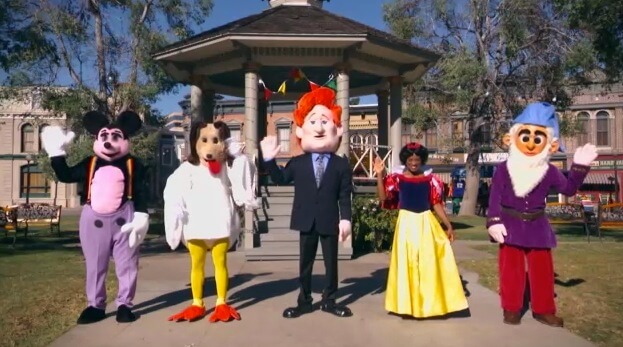 For this week’s “Fan Corrections” segment, late night talk show host Conan O’Brien debuted a “real” commercial for the Seven Flags theme park – not to be confused with Six Flags – featuring some rather interesting rides, characters, and food.

As a regular viewer of Conan O’Brien, I was excited to find a message from Diana at Team Coco in my inbox a few minutes ago, alerting me (and now you) to the hilarious bit.

Just thought you might get a kick out of this video – we dreamed up the worst theme park in the world.

I’d love to meet styrofoam Conan in a park some day, though unfortunately it seems Seven Flags is sadly closing next month.