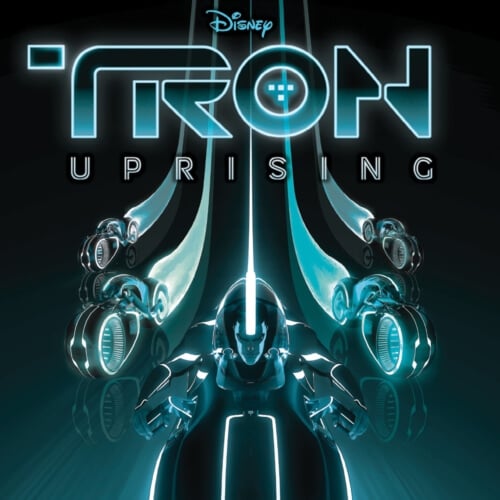 Walt Disney Records has released the soundtrack for TRON: Uprising, the Disney XD animated television series inspired by the films TRON (1982) and TRON: Legacy (2010). The TRON: Uprising soundtrack features the original score from the series composed by Joseph Trapanese and is available in digital format. 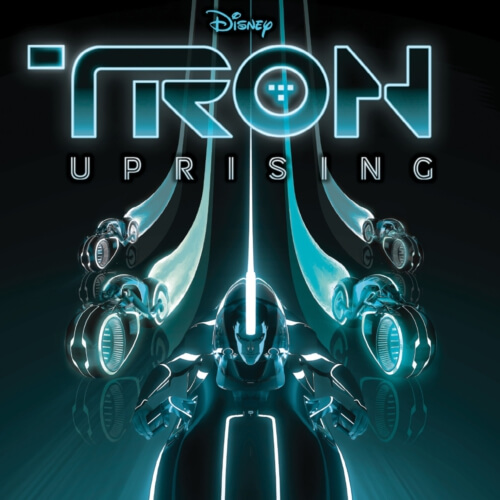 Trapanese worked in tandem with Daft Punk on the score for TRON: Legacy. Drawing on his background in classical orchestration as well as film scoring, Trapanese functioned as both arranger and orchestrator, arranging the duo’s music to picture and conveying their ideas to the orchestra. It was Daft Punk who recommended Trapanese as the composer for TRON: Uprising.

Bridging the gap between 1982’s “TRON” and 2010’s “TRON: Legacy,” composer Joseph Trapanese follows in the footsteps of Wendy Carlos ‘ and Daft Punk’s groundbreaking scores with his work on TRON: Uprising.  As arranger and orchestrator, his collaboration with Daft Punk on TRON: Legacy resulted in a top 10 album in the US, along with a gold certification for 500,000 units sold.  For ‘Uprising,’ Joseph adapted the original Daft Punk synthesizer patches and sound palette used in TRON: Legacy for Beck’s journey in Argon City, paying homage to the film while also broadening the sonic world of The Grid with new instrumentation and color.

“The artistic and creative directors of the series worked closely with the writers of the film to create a firm connection to the film while being its own unique, distinct world,” said Trapanese. “That’s where this process was most rewarding, the ability to start with a framework of cool sounds, ideas, and textures, but then take it to the new places that the series went.”

Trapanese’s cinematic score paints an aural picture that matches “TRON: Uprising’s” futuristic animation. Set in the era of “TRON” between the stories in the 1982 feature film and Walt Disney Studios’ “TRON: Legacy,” “TRON: Uprising” delves inside the computer world of The Grid and the people who live there with a visually striking series produced in CG animation with 2D aesthetic. “TRON: Uprising” stars Elijah Wood (Beck), Mandy Moore(Mara), Emmanuelle Chriqui (Paige), and Bruce Boxleitner reprising the role as Tron. Fans of TRON: Uprising will recognize Trapanese’s elegantly crafted compositions on the soundtrack.

“We had a lot more footage to cover than we had with the film, almost 7 hours,” says Trapanese. “And with animation, we’re not hindered by the limitations of visual effects and real world stunts. The scope can be much bigger.  Through the two years of collaboration with Daft Punk, we found a balance of electronics and orchestra that worked very well for The Grid, and I’ve tried to build on that. The remixes for the show are from artists whom I have a great respect for and Cole’s track is added on as his unique, artistic reaction to what we’ve been doing.”

A classically trained musician, Trapanese has played the piano and trombone from a young age—including performing at Carnegie Hall with the New York Youth Symphony. He completed his undergraduate work in music composition at the Manhattan School Of Music then continued at UCLA’s Music for Visual Media program for graduate school. Here, he was given the first ever Jerry Goldsmith Award in 2007. Soon after, Trapanese started working on “Dexter” as orchestrator.  Since then he has provided arrangements and orchestrations for ” Percy Jackson & the Olympians: The Lightening Thief,” “Butter,” “Fast Five,” among numerous other films and television shows.