Just a few days after teasing a mysterious figure lurking in the Dark Side of the Gardens, Busch Gardens Tampa has unveiled their Howl-O-Scream 2012 icon: Trickster. With cloudy eyes and wearing a creepy clown mask, Trickster quite literally holds the key to the 13th year of the popular Halloween event. 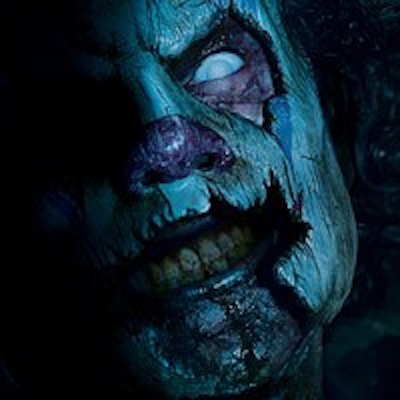 Busch Gardens insists Trickster is “definitely not a clown,” instead referring to him as a “monster.” And guests visiting the event will “see PLENTY of him.” By looks and name, Trickster has already been compared by some fans to the Joker of “Batman” fame, though it seems this icon will be something more than human. 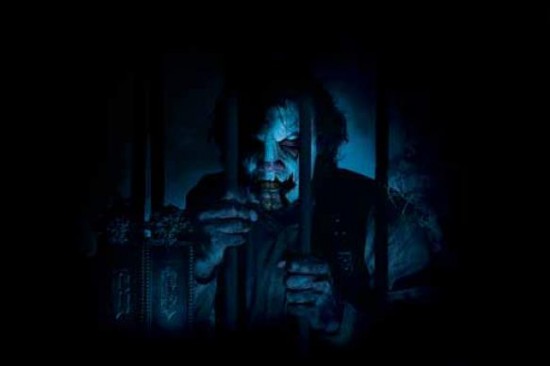 He holds a key, emblazoned with the number “13,” in honor of the milestone year for Howl-O-Scream. With it comes a rhyme:

“They can’t resist The Golden Key.
That taunts and calls and beckons thee.
I hang it there so they will use it…
To come in and play with me.” 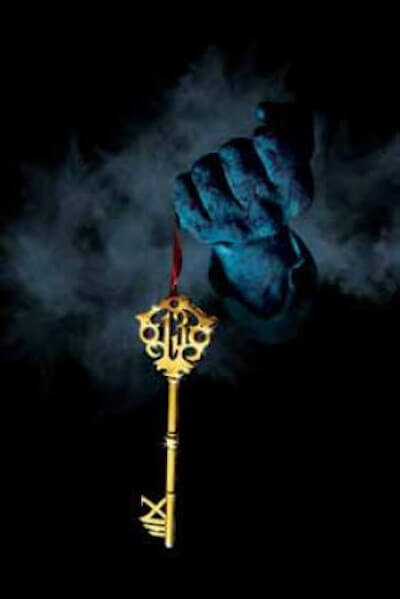 And though Busch Gardens is insisting Trickster is more than just a clown, his masked face does appear on the logo for Circus of Superstition 3D, a new haunted house for 2012 that will feature evil clowns: 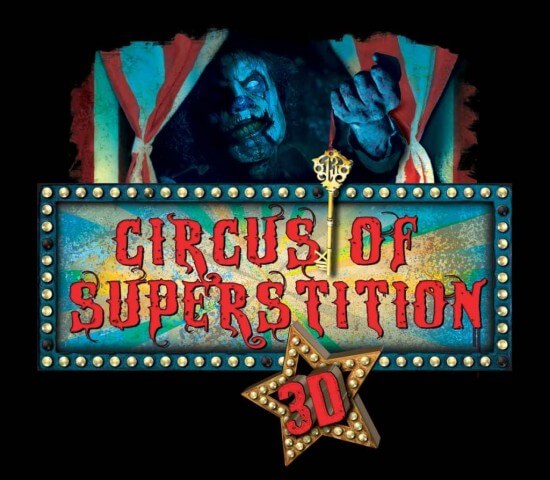 Guests can come face-to-face with the Trickster when Howl-O-Scream 2012 begins its preview weekend on September 21, 2012, continuing on select nights throughout September and October.