Universal Orlando has announced plans to built a new resort hotel called the Cabana Bay Beach Resort, themed to retro “driving vacations” to be completed by 2014. The new hotel will be operated by Loews Hotels & Resorts and feature both moderate and value-level accommodations in the forms of family suites and standard rooms. 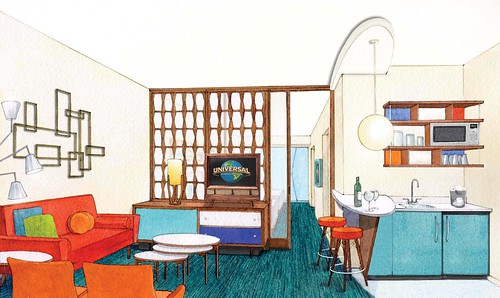 The hotel is said to “evoke the driving vacations so many Americans grew up enjoying with their families – spending time at sweeping motor courts just off the highway, where families relaxed and played after a long day’s drive.” Universal is calling the Cabana Bay Beach Resort’s look “hip” and “vintage” featuring with two themed pool areas. 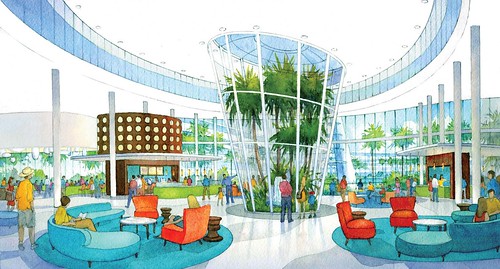 The hotel will be built on a 37-acre site within Universal Orlando Resort and adjacent to Universal’s Islands of Adventure theme park – just off Hollywood Way and Turkey Lake Road. The highlighted area of the map below is a 70.9 acre plot of land owned by Universal Orlando, some of which will be used for the new hotel. The plot to the right, directly next to the Royal Pacific Resort, is a 34.2 acre site, also owned by Universal. 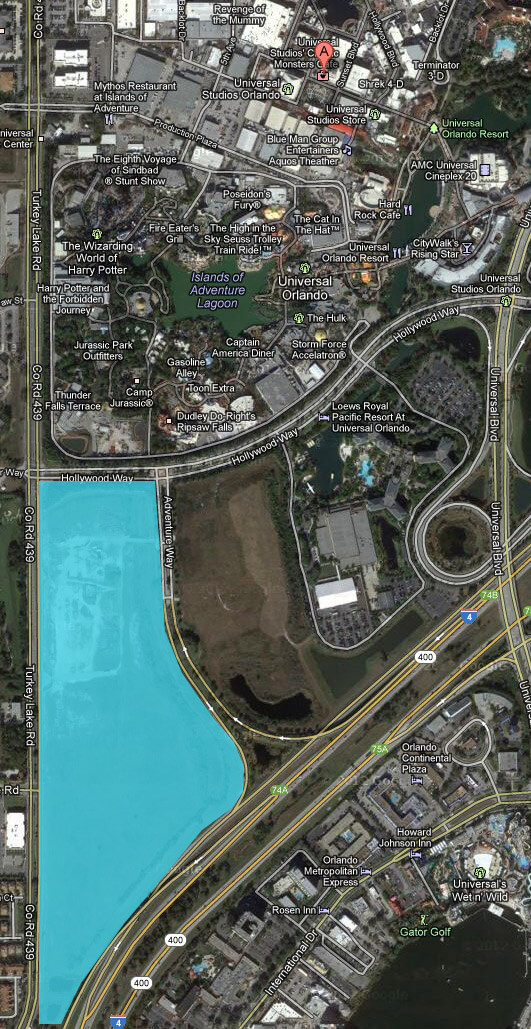 “Our new hotel will give guests an affordable, incredibly themed on-site hotel experience unlike anything else at our resort,” said Tom Williams, chairman and chief executive officer, Universal Parks & Resorts. “Our new family suites and family-value pricing will give our guests on-site options they’ve never had before.”

Construction is said to begin soon with no pricing, on-sale dates, or specific opening dates available yet beyond a 2014 timeframe.