Commuters traveling early this morning down Los Angeles highways had a rare opportunity to spot a piece of Disneyland history speeding alongside as Disneyland and D23 transported an iconic character from the Anaheim theme park to be part of the upcoming Treasures of the Walt Disney Archives exhibit in Simi Valley, opening July 6, 2012.

Beginning on I-5 from Disneyland Resort to the 134 freeway, winding to U.S. 101, and ultimately taking CA Route 23 to the Ronald Reagan Presidential Library and Museum, the instantly-recognizable Maleficent head formerly used as part of Disneyland’s “Fantasmic!” show climax was transported by truck, visible to passing motorists. 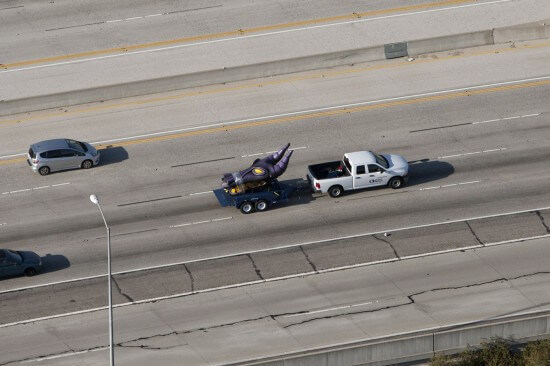 The giant dragon head made a pit stop at the Disney Animation Building at the Walt Disney Studios. 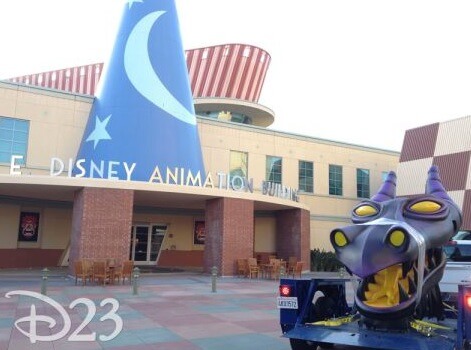 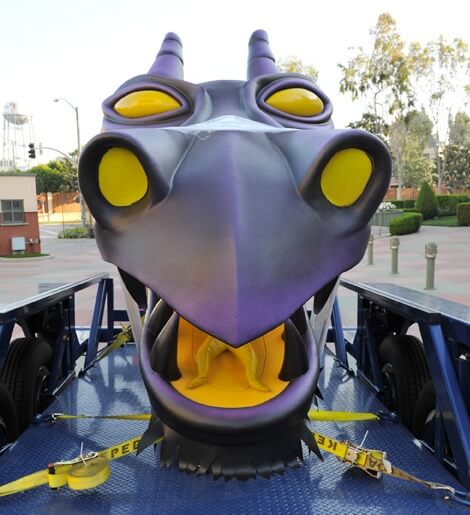 And it ultimately arrived at the Ronald Reagan Presidential Library and Museum. 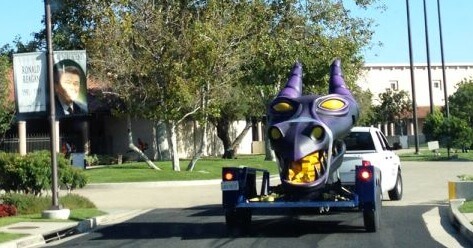 The Maleficent dragon will be one of the largest pieces on display among more than 500 items from Disney’s history to be installed as part of the exhibit curated by the Walt Disney Archives.

This particular dragon head was used at Disneyland for years, until being replaced in 2009 with a new high-tech version of the dragon. The former head was seen in “Fantasmic!” along the Rivers of America battling Mickey Mouse while essentially mounted on a “stick.” 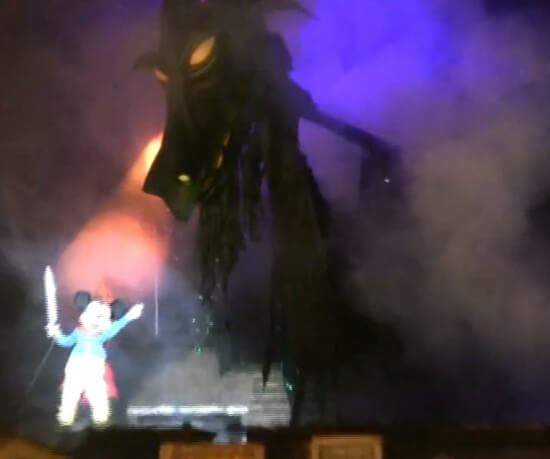 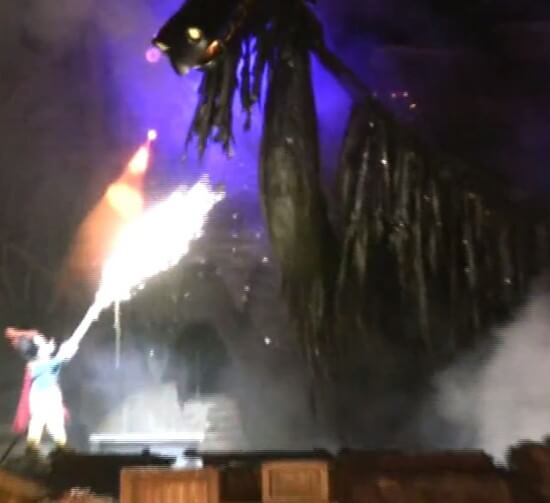 Its replacement is a far more believable full-bodied dragon, though early technical difficulties left fans to dub it “Murphy,” a reference to Murphy’s law. 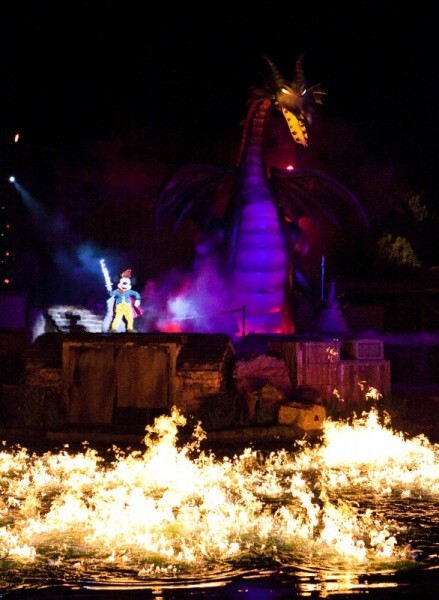 Today this new dragon performs regularly at Disneyland during the popular nighttime show.

But soon the old head, a blast from Disneyland past, will once again be visible to the public as part of the massive exhibit launching this summer at the Ronald Reagan Presidential Library and Museum, continuing through April 2013.