Review: "War Horse" Blu-ray combo pack - Insightful extras bring viewers on set and behind the camera with Spielberg - Inside the Magic

Though “War Horse” didn’t win the coveted Best Picture Academy Award, its achievements are no less great, with stunning color in cinematography featuring breathtaking vistas of European countrysides and unprecedented levels of great animal acting. Though some may write off “War Horse” as a typical Steven Spielberg film, pulling at heart strings with cliched characters and yet another string-swelling score from John Williams, there’s a reason these films keep being made. Spielberg is the master at enabling audiences to relate to a time, place, and people who they otherwise may have no connection to.

Unlike his previous wartime films (“Saving Private Ryan,” “Schindler’s List,” among others), “War Horse” isn’t about war, instead allowing its lead equine character Joey to temporarily call a cease fire between its World War I-era characters. No matter French, German, or British, the relationship between soldiers, civilians, and their horses, acting not only as a primary mode of transportation but also as companions, is explored through a story – perhaps a fable – that continuously introduces new characters until the very end when it’s all tied neatly tied together.

On Blu-ray, Janusz Kaminski’s “War Horse” cinematography is gorgeous, shot with utmost attention to the scenery framing each character, becoming a character unto itself. Whether depicting vibrant grassy landscapes or the lifeless browns and grays of “no man’s land” between friend and enemy soil, there’s not a dull corner to be found in any frames of the film. Since “War Horse” isn’t a war film, the sound design is far subtler than regularly featuring whizzing bullets and rumbling explosions. Detailed, individually-placed sound effects and horse vocalizations dominate the surround soundscape, with silence and music used just as often for equal effect.

For those who see “War Horse” as more than the simple story it appears to be on its surface, the Blu-ray release’s bonus features are intriguing, enabling viewers to sit down to a roundtable discussion between Spielberg, his cast, and his crew, recounting amusing and interesting stories from their time spent between development, production, and post. But the standout extra among many is an hour-long feature that’s somewhere between a making-of, documentary, and running commentary, taking viewers almost scene-by-scene through the film’s narrative, with filmmakers adding insight to how each of the most poignant moments of the film were conceived and created.

Topics include working closely with the American Humane Society, who had the ability to yell “cut” at a moment’s notice if they felt any horses were in danger, to the careful planning that went into the film’s unconventional story structure, ensuring it all makes sense in the end. Other bonus features include following the hundred-or-so extras that became British, German, and French characters throughout the film as well as a photo journey through the making of “War Horse” as seen through the eyes of the film’s producer and longtime Spielberg contemporary, Kathleen Kennedy.

Ultimately the extras on the “War Horse” home release are as fulfilling, if not more so, than the film itself, particularly for filmmakers and film geeks alike, interested in how a Steven Spielberg character-driven story gets produced. 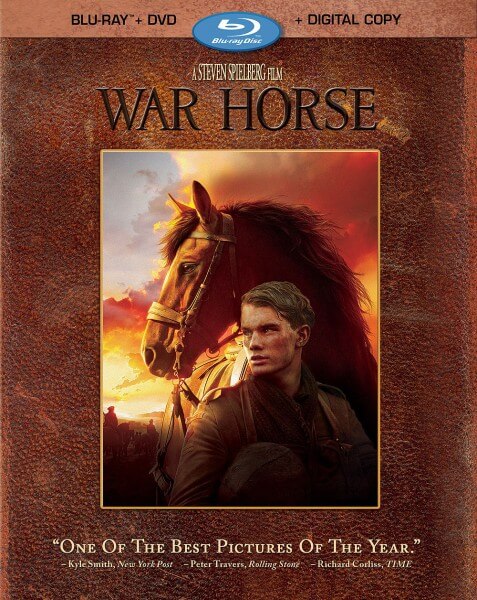