MegaCon 2012 to bring comics, celebrity guests, cosplay, gaming, and collectibles to Orlando from Feb. 17th - 19th - Inside the Magic

From Mario Brothers to Megatron to Monster High, MegaCon 2012 is returning to Orlando as the year’s biggest Central Florida convention devoted to fantasy, sci-fi, comic books, and other pieces of pop culture. Thousands of attendees are expected to descend upon the Orange County Convention Center on International Drive from Feb. 17th – 19th, when the event kicks off one week from today.

Included among this year’s line-up of celebrity special guests are king of all things Marvel Comics Stan Lee, from “TRON” and “Tron: Legacy” Bruce Boxleitner, from “Buffy the Vampire Slayer” Nicholas Brendon, and Charisma Carpenter, from the “Harry Potter” film series Tom Felton, from the “Star Wars” series Daniel Logan, Peter Mahew, David Prowse, and Richard LeParmentier, and many more.

Beyond celebrity meetings, photos, and autographs, MegaCon features hundreds of booths filled with unique, rare, and often expensive toys and other collectibles, an assortment of panels and gaming, and (my personal favorite part) plenty of opportunities to people-watch as other attendees don their most impressive and inventive costumes.

Tickets are on sale now, with better deals found online than at the door.

For more information, visit MegaConvention.com and check back here after the event for a photo wrap-up of our favorite costumes, celebrity sightings, and more! 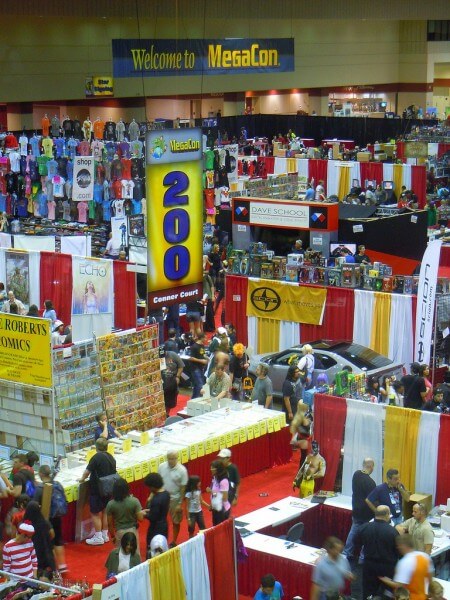