After surpassing predictions and delighting audiences with two number one weeks at the box office, “The Lion King” in 3D has exceeded all expectations by bringing a timeless Disney 2D animated classic to the forefront 17 years after its 1994 record-breaking release. Now the enhanced edition has come home in a new four-disc Diamond Edition combo pack, offering Disney fans the best-ever release of this cherished film.

There’s no need for me to review “The Lion King” – the film. For nearly 20 years, it has been beloved by millions since the moment it exploded onto the big screen. Featuring memorable characters and spawning a still-selling line of merchandise, entertaining theme park shows, and a hugely-successful Broadway musical, there’s no arguing the animated movie featuring Simba, Timon, Pumba, Mufasa, Scar, and other household names is one of Disney’s greats. But no release of this film has looked as good as the newly-released Blu-ray version, nor has there ever been a more completely enthralling series of bonus features surrounding its creation.

The high-definition transfer of the 2D version of “The Lion King” found on the new Blu-ray release is flawless, offering vibrant colors, crisp lines, and fluid motion. And its 3D version looks just as good, despite being post-converted. At first, watching the memorable opening sequence of “The Lion King” in 3D feels a bit gimmicky, with shot after shot showing multiple levels of depth as birds fly over herds of animals. But as the sequence and the movie progress, it becomes clear that the depth offered by the 3D conversion is used appropriately, immersing viewers into the sweeping African plains and drawing attention into the screen as characters live out their adventures. As the film unfolds, the same moments that once debuted new animation techniques once again shine as clouds of dust and fog roll past the foreground Scar emerges from the darkness bathed in green, or as the viewer gets trapped with Simba in the midst of a stampede. Despite initial impressions, “The Lion King” is not gimmicky in 3D but far more emotional a ride than ever. 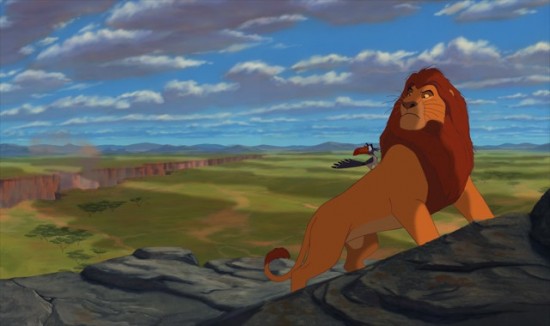 Moving past the highs and lows that make up the film, producer Don Hahn brings Disney fans deeper inside the making of “The Lion King” than ever before with two bonus features that will instantly suck any viewer in. “Pride of The Lion King” lets viewers sit in on recent casual conversations with those who were influential in the creation of the film, including Hahn, Jeffrey Katzenberg, Rob Minkoff, Roger Allers, Hans Zimmer, Tim Rice, Matthew Broderick, Nathan Lane, Michael Eisner, and more familiar names. It’s like sitting down over coffee to discuss Disney history with those who lived it. Then Hahn puts his uniquely friendly documentary style on “The Lion King: A Memoir – Don Hahn” as he tells the story of how “The Lion King” came to be from his own perspective, using archival footage and sound bites, much as he did for his documentary “Waking Sleeping Beauty.” There are other bonus features to be found, like bloopers, deleted scenes, and songs, but these two new features are truly where the home release shines – worthy of the “Diamond Edition” monicker.

With the highest quality release to date, an impressive showcase of post-conversion 3D, and two bonus features that could stand as short films on their own, “The Lion King” four-disc combo pack is the ultimate home edition for any fan of this film. 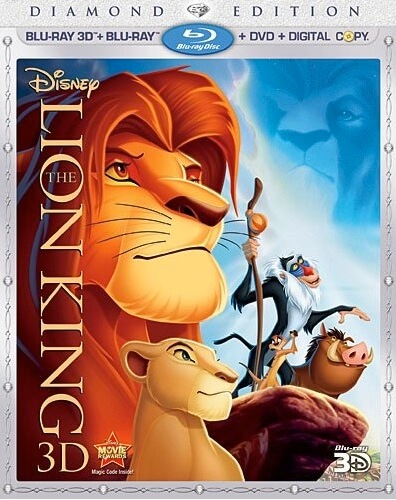