After weeks of teasing us with bloody, tattered playing cards for Halloween Horror Nights 2011, today Universal Orlando sent me the most terrible (and yet wonderful) mailing yet with a tempting invitation from Lady Luck.

A black box arrived at my doorstep, tied with a black bow, topped with a tag with my name on it. Its contents were a mystery. 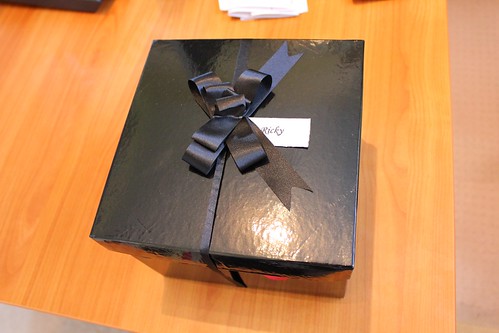 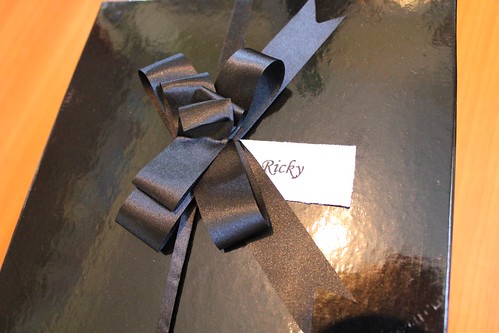 Upon opening, a note from Lady Luck, this year’s Horror Nights icon, was on top. 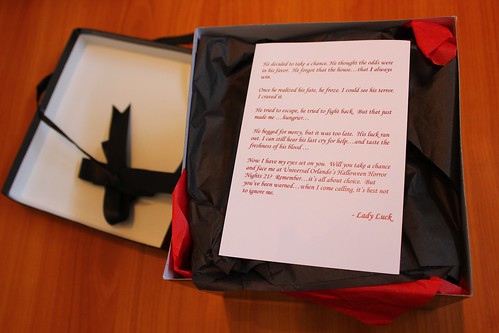 He decided to take a chance. He thought the odds were in his favor. He forgot that the house…that I always win.

Once he realized his face, he froze. I could see his terror. I craved it.

He tried to escape, he tried to fight back. But that just made me …hungrier…

He begged for mercy, but it was too late. His luck ran out. I can still hear his last cry for help…and taste the freshness of his blood …

Now I have my eyes set on you. Will you take a chance and face me at Universal Orlando’s Halloween Horror Nights 21? Remember…it’s all about choice. But you’ve been warned…when I come calling, it’s best not to ignore me.

Underneath the note, Lady Luck had dealt me the ultimate hand – a real one. I can only assume it is the described victim’s bloody, severed hand, still clutching strands of Lady Luck’s hair as well as one last paying card with an invitation to take a chance when Halloween Horror Nights 21 opens at Universal Orlando on September 23, 2011. 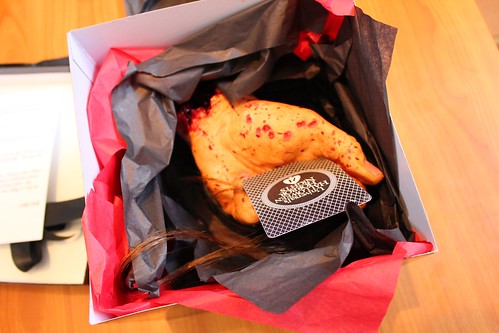 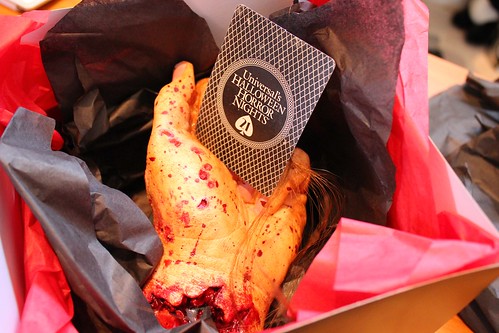 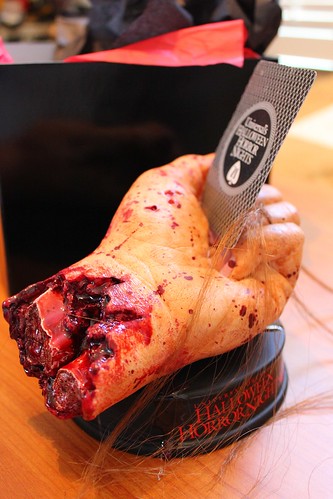 I will certainly take Lady Luck up on her offer and dare to test my fate next week. Be sure to follow along at InsideTheMagic.net/Halloween for full coverage of Halloween Horror Nights 21, beginning early on September 21 on its preview night. 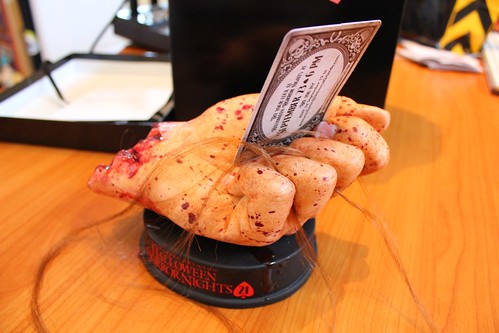 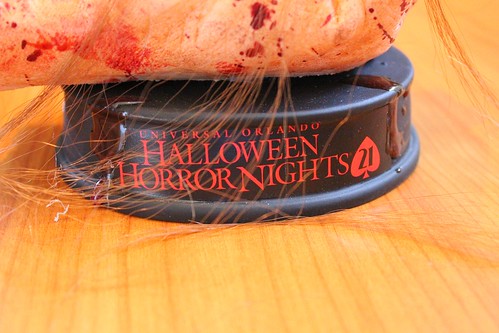 More photos of this Halloween Horror Nights 2011 press invitation, plus all the teaser cards leading up to this final dealt hand: