Universal Orlando is inviting Halloween Horror Nights 2011 web site visitors to take a chance on a series of luck-based games with an unknown reward. After registering for the newly-updated site, guests are prompted to pick a card in an attempt to earn tokens. 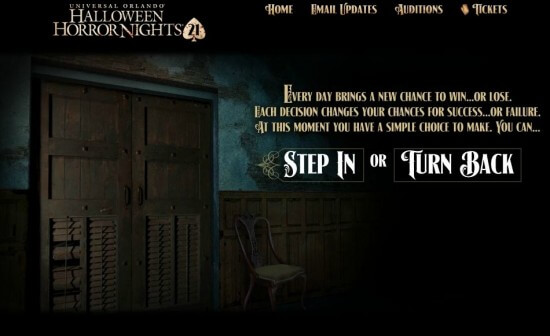 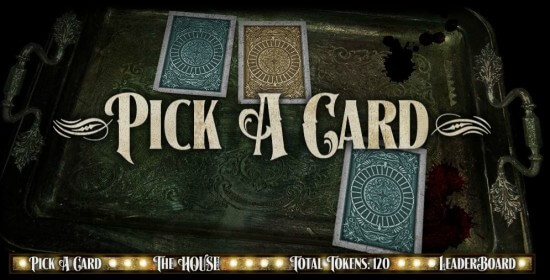 As games are played and tokens accumulate, a house of cards builds – but to what ultimate sinister goal? 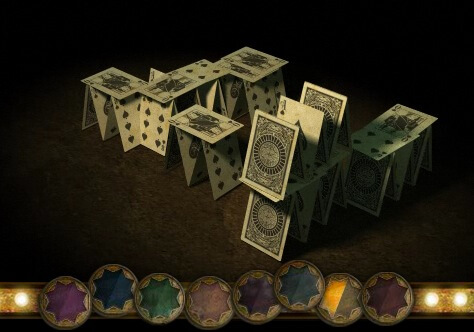 One game uses a remote to tune static-filled television sets, picking only those that don’t have technical difficulties. Three wrong choices and 30 tokens are taken away.

Another game produces the name “Lady Elizabeth Hawthorn” on a tombstone when correctly chosen. Will this be the name of the rumored “Lady Luck”, here described as providing “rest and peace”? 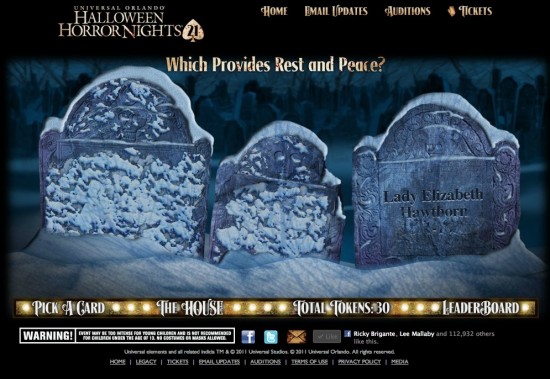 Losing all tokens will lock players out of the game for one full hour, so play carefully! 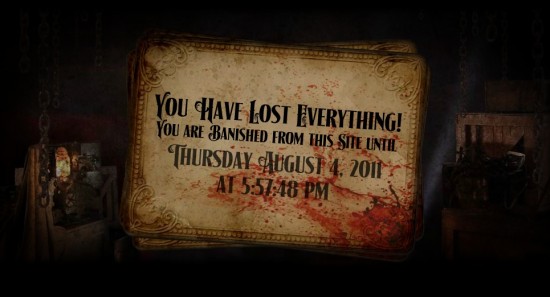 Halloween Horror Nights 21 at Universal Orlando seems to be all about taking a chance and the elements of risk and reward. But it’s unclear as to how all this will tie in to the Halloween scare-filled event itself, which kicks off on September 23.