Luck is responsible for latest Halloween Horror Nights 2011 teaser card, along with all the Halloween scares to come - Inside the Magic

Another week, another increasingly mysterious mailing arrives from Universal Orlando, assuring that Luck is what (or who?) is responsible for the mayhem of Halloween Horror Nights 21. Despite recent assurances that more than cards will be arriving in the mail, Universal had continued to tease each week for the last month with additional dealings that are growing more grotesque. 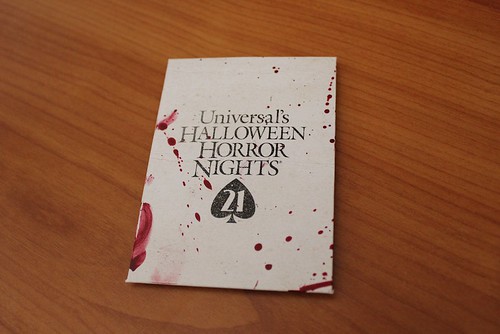 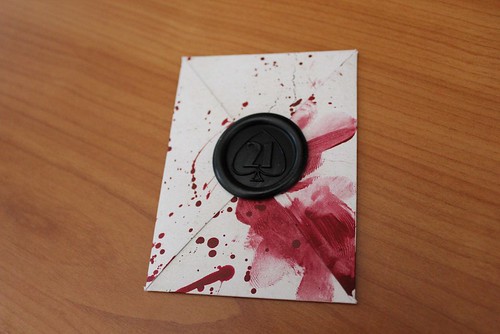 The blood stains are growing and inside, another skull-lined card reads:
“Luck’s always to blame.” – 17th Century French Poet 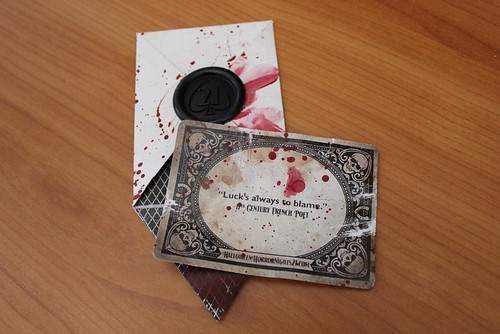 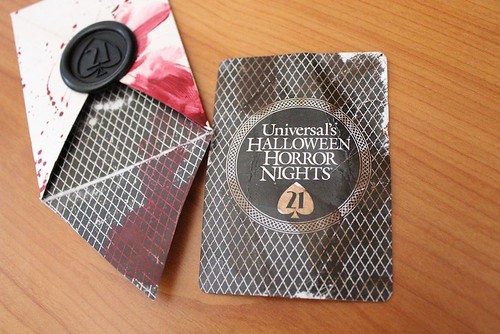 It’s clear that Luck is not on our side for Halloween Horror Nights 21, which begins at Universal Studios Orlando on September 23. And I can only imagine what Luck has in store for us next week, as we draw nearer to the full event reveal of all haunted houses, scare zones, and shows on August 31 at HalloweenHorrorNights.com. For those interested in trying to decipher what’s to come in the event before the big announcement next week, Universal continue to release photos, artwork, and drawings from the event on its Facebook page. 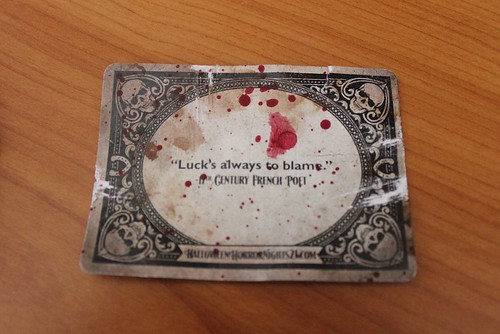 Photos of all the Halloween Horror Nights 2011 teaser cards: