Among many Disney celebrity guests that will appear at the 2011 D23 Expo next week will be actor Bruce Boxleitner, who famously played Alan Bradley/Tron in TRON, TRON: Legacy, the videogame “TRON: Evolution” and will once again reprise his role in the upcoming animated series “TRON: Uprising.” At the D23 Expo, Boxleitner will be appearing to meet-and-greet with guests and sign autographs on Saturday, August 20 in the Anaheim Convention Center.

Like last week with Star Wars star Billy Dee Williams, today I had a chance to participate in a D23 conference call with Bruce Boxleitner, chatting about the upcoming D23 Expo, TRON, and other topics…

Q: Did you know Tron would become a phenomenon?

BRUCE BOXLEITNER: Tron has just been a gift that keeps on giving. It’s amazing because at the time in 1982 when it came out, it did well but it wasn’t a gigantic blockbuster hit. […] It was quite a year for seminal science-fiction movies that weren’t quite as appreciated at their time and now we look at them and go, “My God, they were fantastic and such influences on everything we’re doing now.” Tron I believe was that. It truly was predicting, in its very innocent way, the world that we are living in right now – the age of information. Very few science-fiction things do that. […] It’s been fantastic.

Q: For Tron: Legacy, how was the digital recreation of your younger self created and what did you think of it?

BRUCE BOXLEITNER: I had a great haircut. [laughs] For my generation, I’m just absolutely amazed at what they’re able to do. I had to do the motion capture stuff as well. Jeff [Bridges] certainly had to do whole scenes. I had to go sit in this sphere. It was all lit up. It looked like some sort of UFO and they just put all these sensors all over my face and I had dozens of little cameras capturing every move. I made faces. I was talking. They were capturing every bit of the musculature in my face. This is all new to me. I just followed orders and did what they asked. The final result? I thought it looked pretty dog gone good. […] The stunt guy that was my sort of body in that was a little bit shorter. If was to criticize anything, he was a little bit shorter. But the stuff that they had to do, the fight scenes and stuff, were very, very different than from the original Tron.

I think it’s getting better all the time – leaps and bounds from where we started. And I think with the character of Clu, there were people going, “Well, it’s not quite there yet.” There was a lot of criticism. There were a lot of people very happy with it. And I thought, well it’s not supposed to be really a human being. He’s a program. There has to be something different. There has to be that element of humanity. That’s what separates us there – the flesh and the blood. And I thought Jeff did a marvelous job with that – the two very distinct characters of Flynn and Clu. 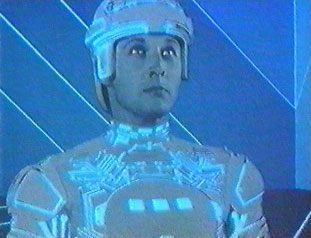 Q: For Tron: Legacy, you avoided having to put on one of those tight spandex suits…

BRUCE BOXLEITNER: Thank you so much. Yes, I did. I did go into training, because it was offered to me. Because you’re on the big screen, I wanted to drop some weight, tighten up, just for my own sake. And it was offered to me because the entire cast went into it. I used to try to tease Garrett [Hedlund] on. I’m down there doing push-ups with our coach Logan Hood and he was working us all out and he says, “You don’t have to be doing this!” and I said “C’mon kid, see if you can match the old Tron here!” […] But I thought those suits looked cool. Everybody looks so good in it. Jeff didn’t have to wear it! He had nice flowing robes. When you become a mature man, it’s much better to dress that way I think.

BRUCE BOXLEITNER: Anything could happen. I know those are things in the works right now. I would say – I hope so.

Q: Can you tell us more about Tron: Uprising?

BRUCE BOXLEITNER: It’s good. I just worked on it the day before yesterday. We’re getting close to finishing up the first season. […] And it looks fabulous – the animation. It’s just true to the [Tron: Legacy] look with it’s own comment on it, with it’s own vision as well. The animation’s super. That should be on Disney XD in January.

Q: Have you seen the “Tronorail” at Walt Disney World or ElecTRONica at Disney California Adventure?

BRUCE BOXLEITNER: I haven’t been to any of them! This is going to be brand new to me. […] I’m very excited. I want to go do it. I want to take my son with me – my youngest son, 15, he’s the biggest Tron fan in the world. I shouldn’t say that. My two oldest boys call themselves the sons of Tron – 31 and 26. […] I haven’t seen any of these things yet and I’m very much looking forward to it. 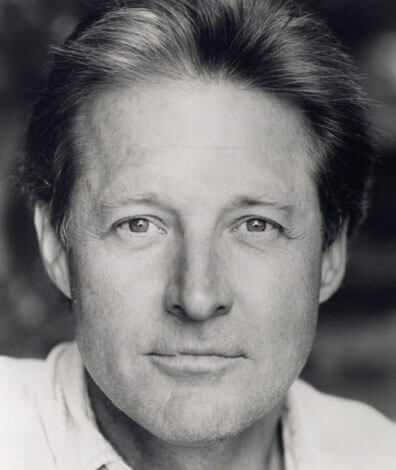 Q: Why have you worked on so many science-fiction roles?

BRUCE BOXLEITNER: The very first book I remember reading as a boy was Jules Verne’s “20,000 Leagues Under the Sea” and I remember the movie very vividly. Disney, by the way – a great Disney classic. So I’ve always been interested in the genre. I didn’t set out to do science-fiction. I did a lot of westerns. I did a lot of everything. You do what you can when you’re first starting out out here in Hollywood. But I’ve always enjoyed it because I think the science-fiction and fantasy genres give actors material that unlike, say, a lawyer show or an NCIS, it requires much more, I think, of your imagination and your acting skills. It really does. You really have to stretch in science-fiction roles. For me, “Babylon 5” was the finest material I ever got to do as an actor. And I loved doing Tron. I loved doing Tron: Legacy and the future work – Tron: Uprising that I’m doing now. It’s larger than life. It requires more of an imagination to do than doing a lot of standard TV work.

Q: Will Bablyon 5 or Scarecrow and Mrs. King come back in any form?

BRUCE BOXLEITNER: No, I’ve never heard anything like that. But I never thought Tron would have come back. Who knows? It seems to me the ’80s are back again. There was the ’80s in my 30s and now I’m doing them in my 60s. Who knows? I would never say no. I’ve learned my lesson. I was asked about Tron years ago and I said “No, why would they do that?” And here I am.

Q: When visiting conventions like the D23 Expo, do you enjoy meeting fans and being known as Tron?

BRUCE BOXLEITNER: Well certainly I do. Yes, absolutely. I do love meeting the fans. I say this to other people in our industry. I say sometimes you should get out and actually meet and talk to and see the people that we do all of this for. Often times Hollywood lives in a bubble. We’re all making movies and TV for each other, but we’re not really getting out there and relating to the folks that we’re supposed to be doing all this for. And I think you find out what your impact is or has been. It’s very, very good. Coming up I’m going to a lot of conventions. I’m going to be all over – Australia, and New Zealand, I’ll be in Georgia in Atlanta at DragonCon next month. It’s going to be fun.

You can hear these questions and more of my interview with Bruce Boxleitner in Show 332 of our Inside the Magic podcast.