In a late-night web site update, Busch Gardens Tampa Bay has revealed all of the details surrounding Howl-O-Scream 2011, including their haunted houses, scare zones, and shows. While there’s no one icon representing the event this year, the “Dark Side of the Garden” theme (with zombies) extends through many of the houses and even through one massive scare zone.

There are three all-new mazes this year:

Nevermore – Beating hearts, swingin pendulums and a raven’s cries haunt the manor of Lenore, creating a demented and twisted nightmare.

Ultimate Gamble: Vampire Casino – Fanged fiends entice you to test your luck in this sultry hangout straight from Sin City. The seductive games and high stakes thrills at Revivara Casino are sure to get your blood pumping, but will you escape before your luck gets drained?

Zombie Mortuary – No one remembers how the epidemic started, but now, zombies live here. The undead that infest this small town funeral home feed on the fresh flesh and brains of mortuary mourners to satisfy their insatiable hunger.

Returning are Nightshade Toys, Death Row Vengeance, and Deconstruction. The “Alone” house is also returning once more, with the same general description of its story – but this time it costs $40 to experience, on top of regular Howl-O-Scream admission.

One big change to Howl-O-Scream this year is there are no individual scare zones. Instead, “the scare is everywhere you turn in the Dark Side of the Garden.” Zombies are taking over the park and “you never know where the undead may be lurking.” It sounds like nowhere is safe. 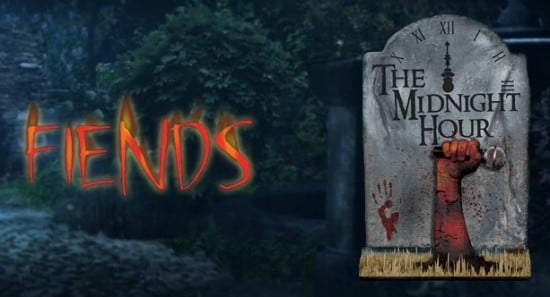 The popular “Fiends” show is returning once again, with its naughty nurses. But last year’s “Blood Relations” show is being replaced by “The Midnight Hour”, which is described as, “The music industry can be a devilish business to break into, especially at the Hellfire Club, where some of pop culture’s most sinister personalities are there to coach you.” Last year’s dinner show was full of pop culture references and pop music, so this year’s may not be all that different.

Here’s an overview of where each of the houses and shows will be located: 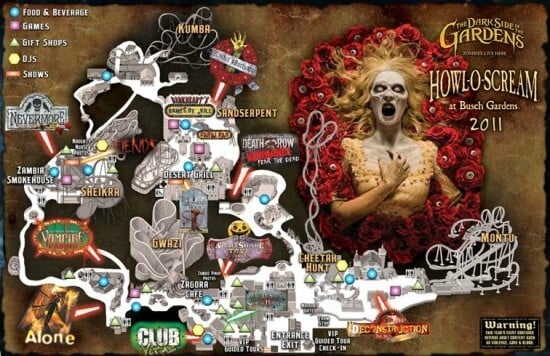 Visit Howl-O-Scream.com for more information and to buy tickets to the Busch Gardens Halloween event in Tampa.