At many weekend conventions, Sunday is often the least-attended day. But it sure didn’t feel that way at the 2011 San Diego Comic-Con. The exhibition floor was as packed as ever, Hall H lines were hours long, and attendees scrambled to fit in every last activity they could before it all came to a close.

Despite having spent roughly 40 hours at Comic-Con over its first 3.5 days, there was still quite a lot I hadn’t even come close to seeing. So Sunday was all about tying up these loose ends. The day once again began outside the convention center, on opposite side of Harbor Dr., where a few exhibits were set up. The big attention grabber here was a giant inflatable Smurf, promoting the upcoming movie, “The Smurfs.” Nearby, Papa Smurf posed for pictures. 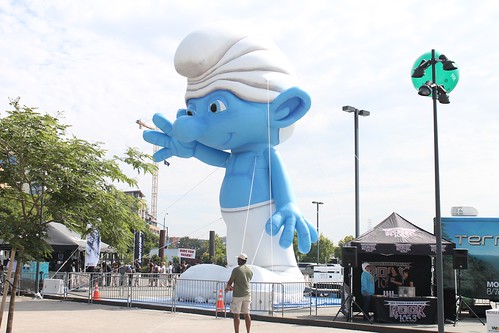 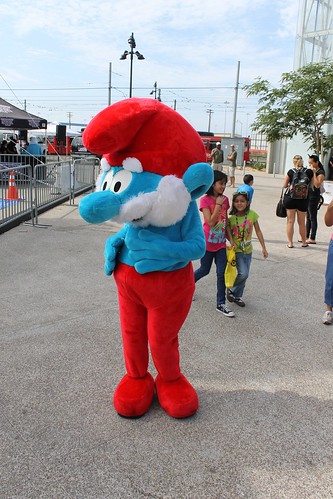 Elsewhere in the small lot, Intel and Alienware showed off computers and a “Shark Night 3D” area gave guests a chance to ride a bucking shark, mostly failing miserably. 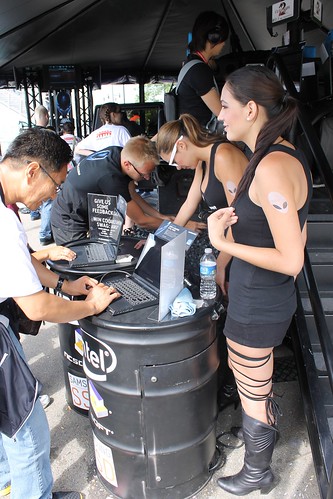 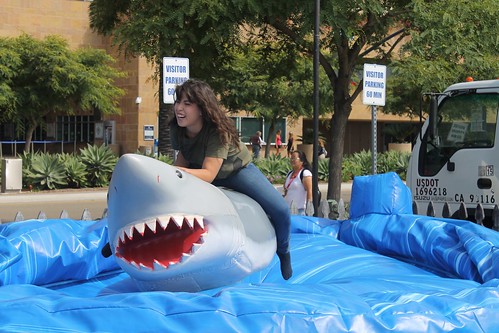 A gorgeous sky bridge easily allows Comic-Con attendees to cross from one side of Harbor Dr. to the other in this area. 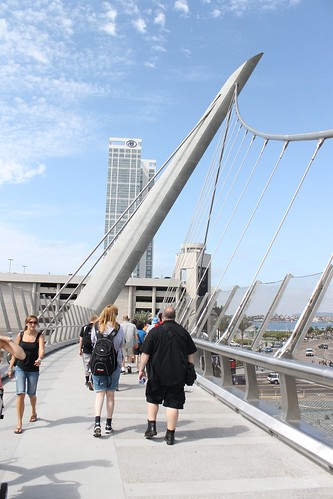 And with that, it was back into the exhibition hall one last time for 2011.

Inside, one of the most difficult tickets on the whole show floor was a seat in the airplane cabin booth promoting ABC’s upcoming show, “Pan Am.” To get in, attendees either had to be in the right place at the right time to be given a “flight ticket” to return later, or had to utter a password given out on Twitter before spots filled up, leaving stewardesses outside to be as courteous as possible while turning hundreds away. 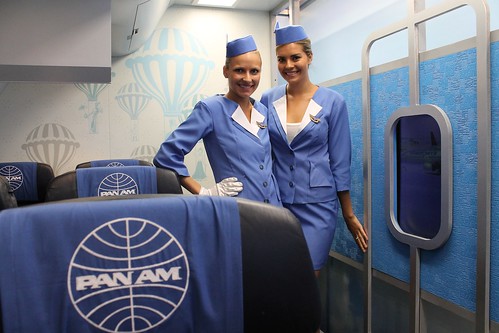 With only a few seats for each presentation, an extremely limited number of people got to enjoy the experience inside, each walking away with one of those highly-coveted blue bags. I failed to get in as a guest for the first few days of Comic-Con, so with my press pass in hand and with ABC’s help, I was finally offered an unscheduled flight as to not miss out on being able to share the experience with you.

Inside the cabin, flight attendants escorted everyone to their seats, made sure everyone’s seat belts were buckled, and prepared for takeoff. Virtual windows showed the takeoff view outside as guests were transported away from the busy Comic-Con floor into the friendly skies, with the in-flight entertainment being a preview for the “Pan Am” show. 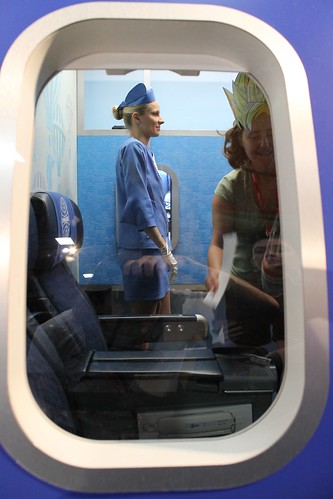 Starring Christina Ricci among a cast of beautiful actresses, the show is being described as ABC’s version of “Mad Men” and looks like it may become just as popular. The show debuts on ABC this Fall.

With that show experience checked off the Comic-Con to-do list, it was time to reach the extremities of the exhibition floor, where I had not yet visited. Independent stores and artists showed off their unique creations that included – shockingly – comic books. Over the years, San Diego Comic-Con has certainly become much more focused on movies and television than the show’s namesake comics, so it was nice to see they still existed somewhere. 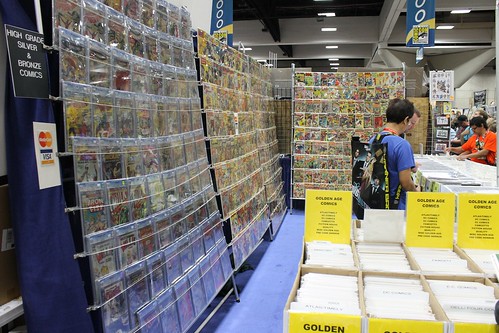 And despite it being the last day of the show, plenty of attendees still showed up in elaborate costumes, of which I’ll share a few more favorites below.

Angry Birds and a Ninja 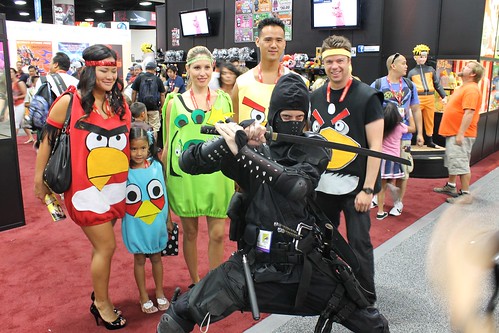 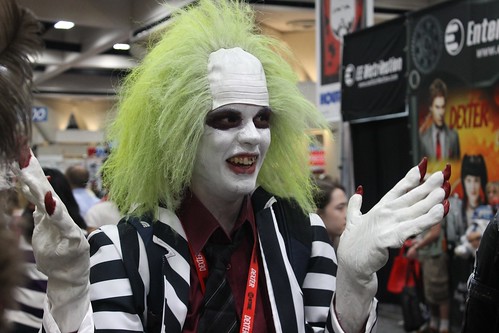 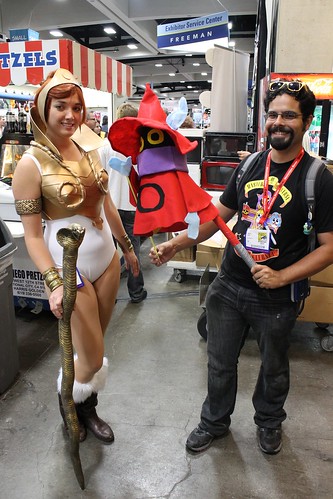 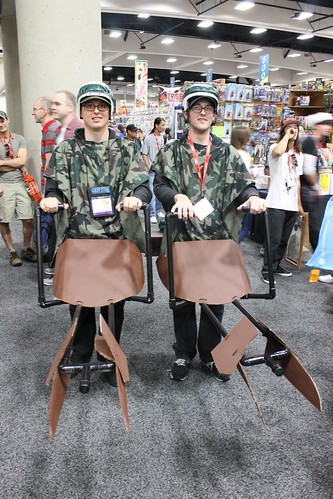 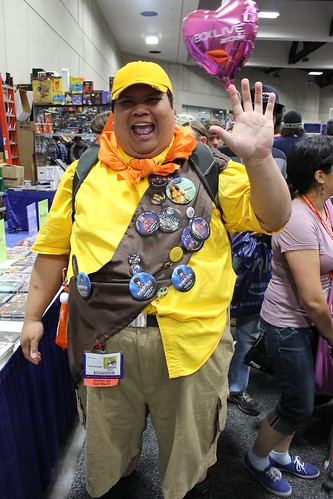 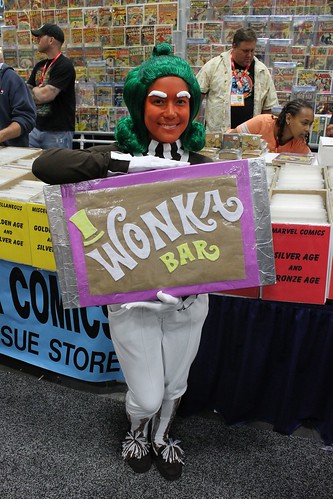 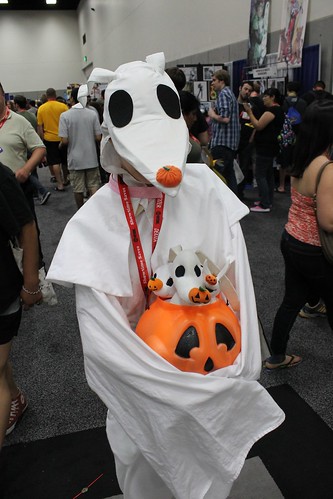 Dr. Teeth from The Muppets 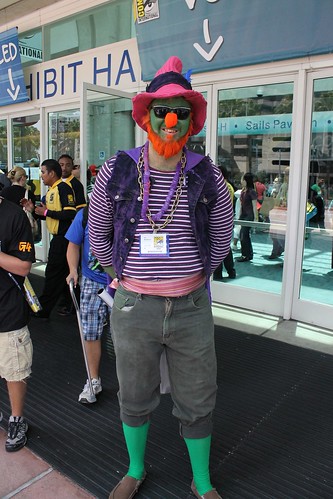 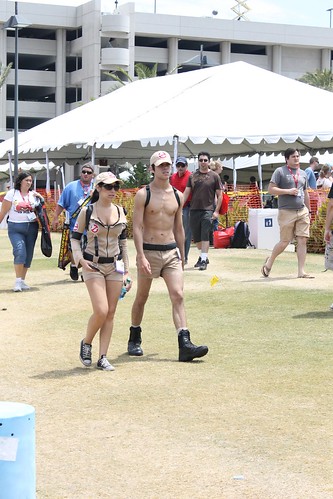 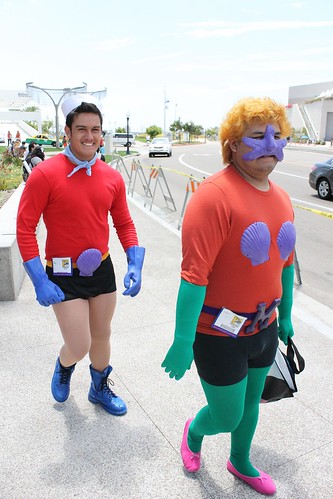 And as I made my way back to the nearby Hilton parking garage for the last time, I turned to look back at the end of Day 4 of the 2011 San Diego Comic-Con. With a mere few hours remaining in the convention, fans still packed the Hall H tents outside, as the Dr. Who panel commanded a full house, turning away hundreds. 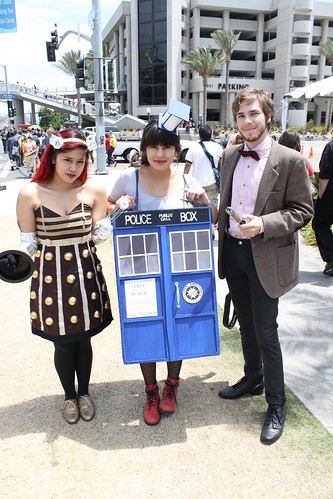 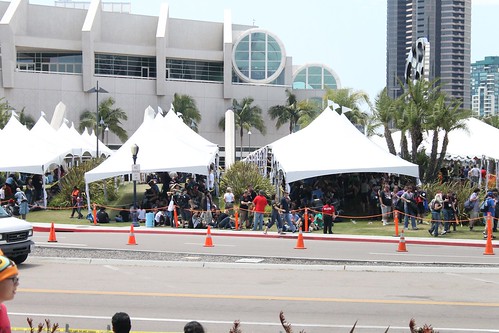 My San Diego adventure was not over, as I was headed to the San Diego Zoo for the first time, but my time at SDCC had come to a close.

I was tired, my feet hurt from walking and shoulders from carrying backpacks and poster tubes, and my stomach wished I had eaten more often over the previous 4.5 days. But it was worth all the aches and pains to experience one of the most unique and exciting gatherings of pop culture, its stars, and its fans on the planet. It’s an experience that requires quite a bit of planning, money, and endurance to make it to and through, but the long lines that form at each year’s Comic-Con to obtain tickets for the NEXT year show that tens of thousands of fans will continue to turn up for many years to come. And as I sit here and write this wrap-up on the plane ride home from San Diego, I know that I too will return to the convention one day. It may not be next year, but the Comic-Con will entice me back once again.

And while these day-by-day recaps of my experiences at San Diego Comic-Con end here, I have more to share including interviews from around the convention with interesting and exciting special guests as well as video highlights from many of the panels I attended. So keep checking back in the coming days/weeks for more from 2011 San Diego Comic-Con!