Disneyland Resort in California recently debuted the new dark ride, The Little Mermaid ~ Ariel’s Undersea Adventure. However, Walt Disney World in Florida is still hard at bringing Orlando’s version of the same attraction to life in the New Fantasyland expansion.

In a new video set to debut at One Man’s Dream at Disney’s Hollywood Studios theme park this week, Imagineer Chris Beatty offers new details, artwork, a glimpse at the model of the ride’s elaborate exterior – and a new name for the ride.

Under the Sea ~ Journey of the Little Mermaid, as it will be called at the Magic Kingdom, will feature the same basic track layout and show scenes as Ariel’s Undersea Adventure at the Disney California Adventure theme park when it opens in late 2012. But much more is in store for this version of the attraction, particularly on the outside.

Video: Imagineer Chris Beatty talks Under the Sea ~ Journey of the Little Mermaid:

A new logo has been revealed for the attraction, featuring its updated name:

The design of Under the Sea ~ Journey of the Little Mermaid started as a sketch: 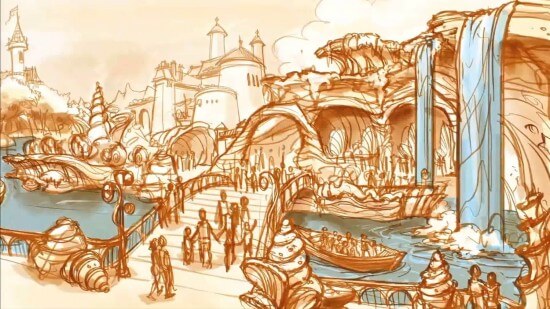 The artwork was created to show what the attraction will look like: 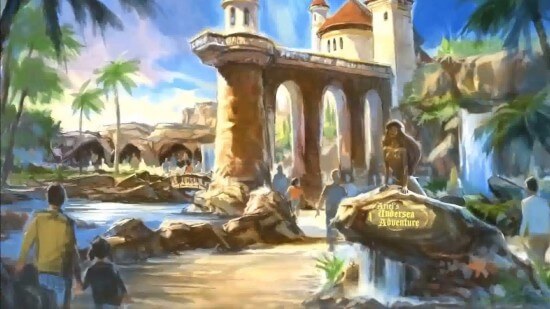 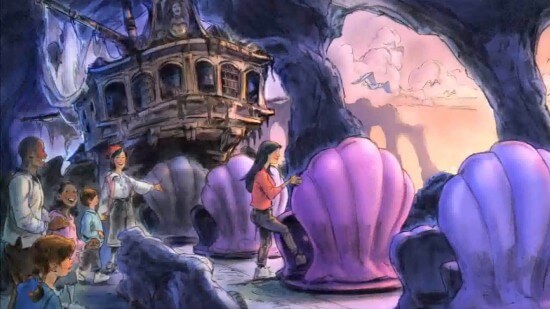 And from there, an elaborate scale model was built and painted, showing off the ride’s exterior elevation: 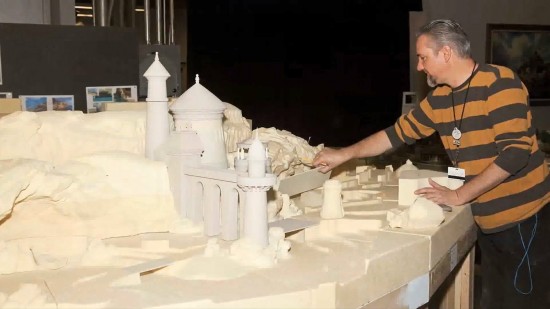 Under the Sea ~ Journey of the Little Mermaid will be a prominent part of the New Fantasyland expansion. Inside, the ride will match the dark ride that recently opened at the Disneyland Resort. Here’s the track layout: 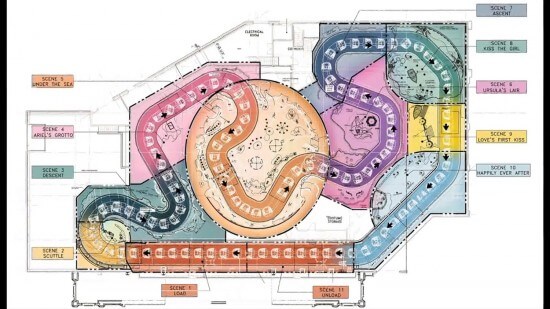 And if you’re curious to see what’s inside, watch the video below showing a complete ride through the California version of the attraction.

New Fantasyland will open in phases, but the latest overview artwork shown off in the video at the top of this article states Fall 2012 as the opening date.

For The Little Mermaid Merchandise, Click here to ShopDisney.