Video/review: Unique View Of Mickey's Soundsational Parade From Above Main Street Usa At Disneyland - Inside the Magic

The newest parade to hit Main Street USA at Disneyland is Mickey’s Soundsational Parade, with floats inspired by “pop-up” books and plenty of Disney characters to see. The new whimsical parade couples live musicians with toe-tapping renditions of classic and new Disney songs and familiar faces, from The Lion King to The Princess and the Frog and Mary Poppins to Mickey Mouse.

The parade premiered as part of Disneyland’s Soundsational Summer, and during the 2-day kick-off media event, I had a chance to witness the new street spectacle from a unique vantage point. After a flash mob formed nearby, I stood high above Town Square and watched as float after float brought countless characters down Main Street USA. I found myself at eye level with some of the tallest peaks of the colorful floats of Mickey’s Soundsational Parade and, more importantly, face-to-face with characters in the parade. And, of course, I captured it all on video.

The parade is designed to have a “home town” feeling, kicking off a drum line that’s sure to make anyone waiting know that the floats are on their way. And helping in the cohesive noise-making effort is none other than Mickey Mouse playing drums, live on the float. It’s a fun touch that enables Mickey to show off some additional talent. 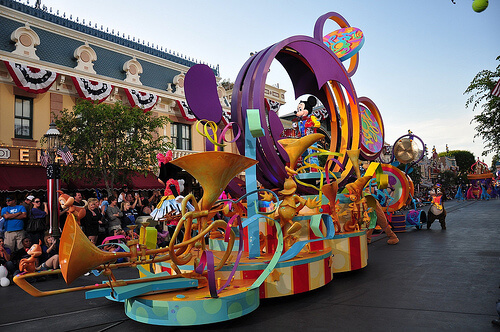 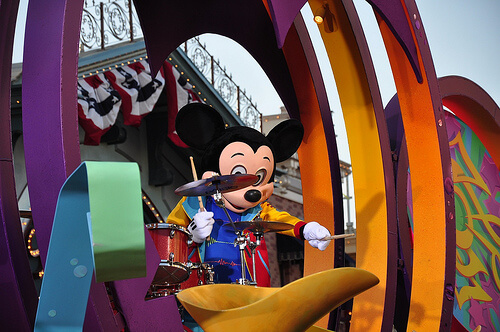 Mickey’s Soundsational Parade features a surprising array of characters from a variety of Disney movies. The usual parade regulars are there: Princesses, Peter Pan, The Lion King, and Aladdin. 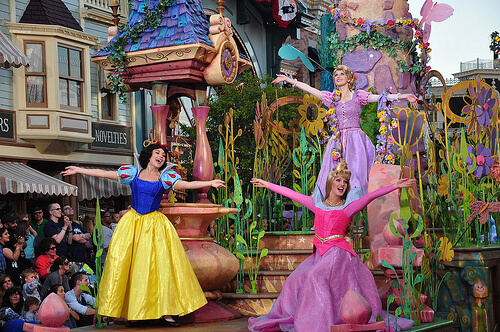 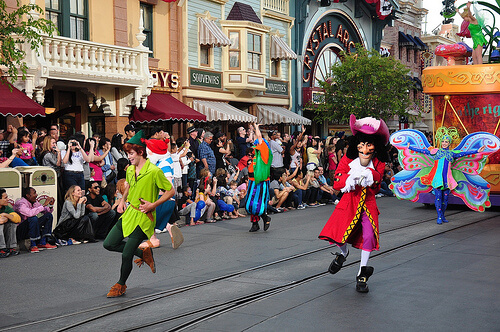 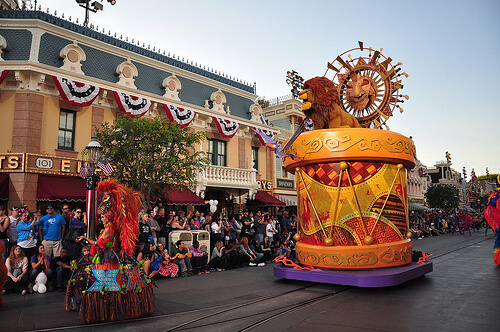 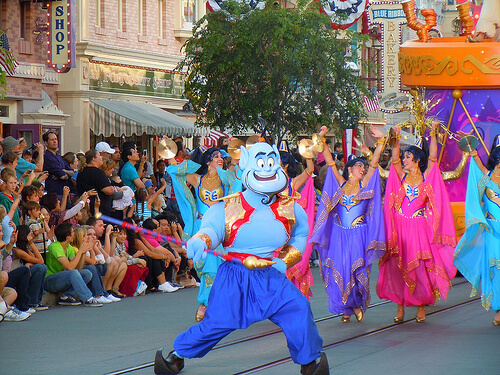 But less often seen units include the Three Caballeros (a favorite of float designers Kevin Kidney and Jody Daily), Mary Poppins, and The Princess and the Frog. 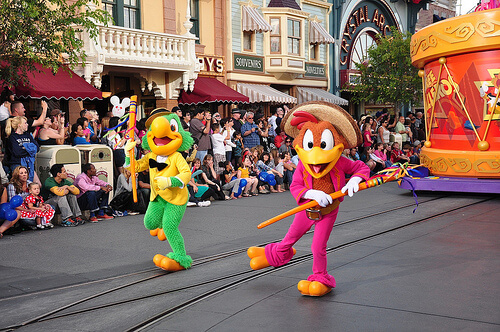 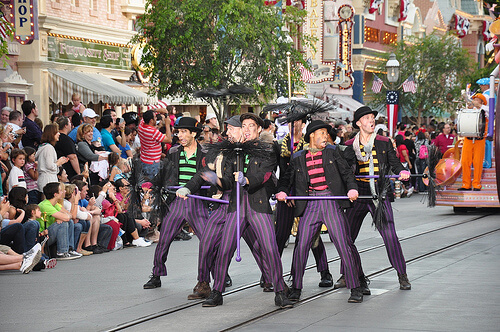 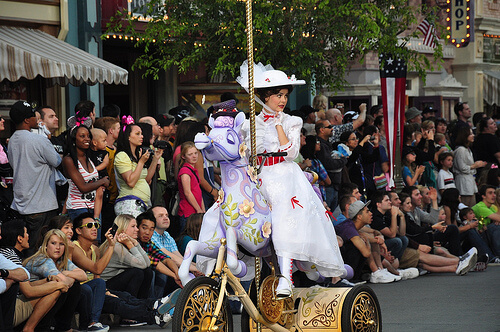 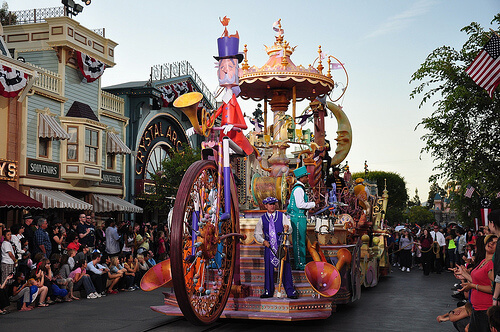 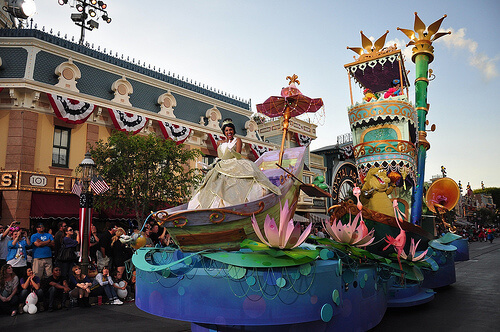 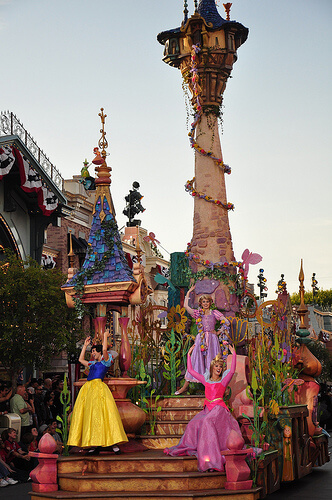 In the end, movies, and songs that seemingly have no place near each other flow together under one consistent tempo and feeling. It’s another in Disneyland’s long line of fun and exciting parades that will surely leave Guests coming back to see it again and again.

Related : Video: Flash mob takes to Disneyland streets to mark the beginning of the Soundsational Summer