SeaWorld Orlando’s Discovery Cove is in the process of creating the next big addition to the already unique experience. It’s called The Grand Reef, scheduled to open in just two months some time during June 2011.

The new reef will features multiple levels of exploration, from shallow waters to deeper swimming adventures, from white sandy beaches and hammocks, to snorkeling among canyons inspired by reefs from around the world.

New to Discovery Cove as part of The Grand Reef will be SeaVenture, an underwater walking tour during which guests will wear dive helmets and find sea life up-close around every corner. Included will be fish, rays, lionfish and sharks (safely behind massive panoramic windows). 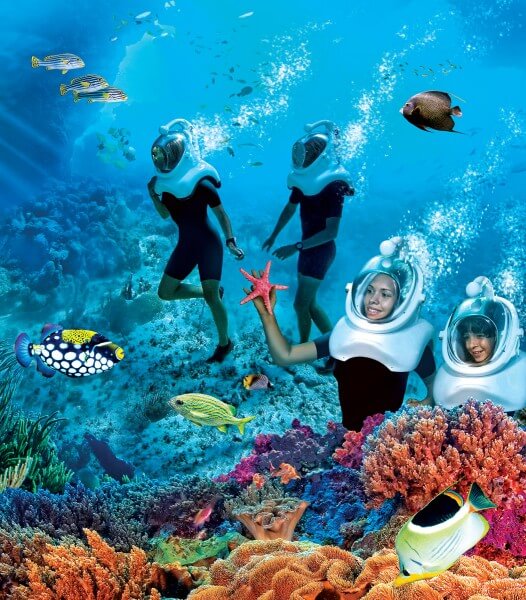 As an update on the construction of The Grand Reef, SeaWorld has offered a video showcasing the new acrylic panels that will be used for these panoramic windows:

Recently, SeaWorld also gave us a look at the rock work forming around The Grand Reef: 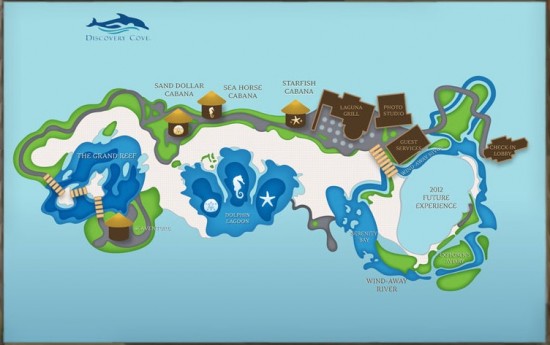 The official Discovery Cove Grand Reef announcement was first made in October 2010: 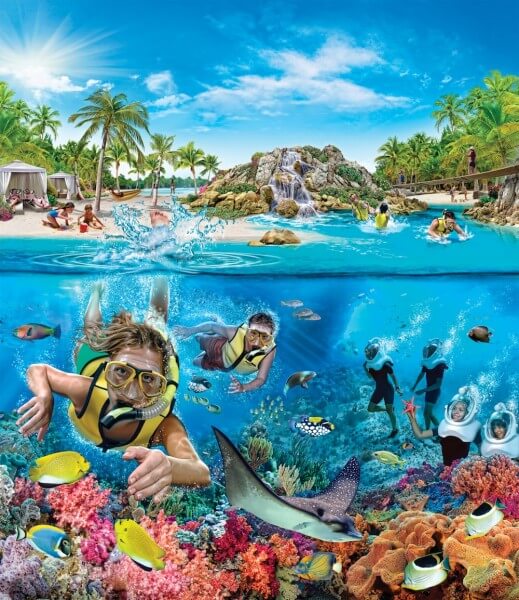 More information about Discovery Cove and The Grand Reef can be found on their web site.