At this morning’s “What’s Next?” presentation for the Disneyland Resort, Disney has finally revealed a few closely guarded secrets about the upcoming enhancements and updates to their popular Star Tours attraction.

Stormtroopers took over the stage to end the Star Tours topic after Imagineer Kathy Rogers told the crowd of attending media a few new details. Billed today as “Star Tours: The Adventures Continue,” the update to the attraction will not only feature a pod racing sequence, was shown off at last year’s D23 Expo but also a trip through the skies of Coruscant aboard a Starspeeder 1000: 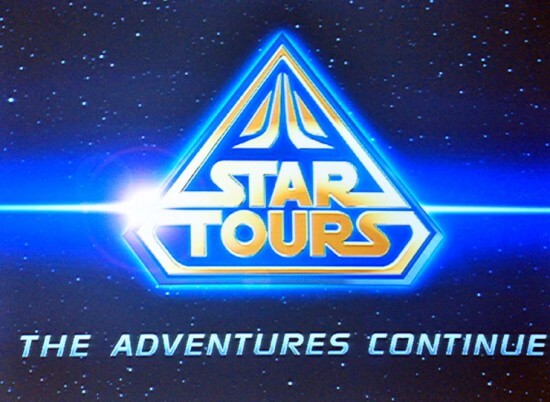 According to Rogers, Star Tours II will take place in the time period between “Star Wars” Episode III (from the prequels) and Episode IV (from the original trilogy).

Star Tours II will be presented in digital 3-D when it opens in 2011.