The Star Wars cast of characters were back today with another hilarious “Dancing with the Star Wars Stars” installment during the Hyperspace Hoopla finale of the first day of Star Wars Weekends 2010.

Each year, creatures from around the galaxy gather on a stage next to the Star Tours attraction to show off their dance moves in a competition with each other and this year, the winner was… well, watch the videos below to find out.

With Captain EO on the way back to Walt Disney World’s Epcot soon, this year’s Hyperspace Hoopla was loaded with Michael Jackson hits.

Update: Here’s our video of the full Hyperspace Hoopla “Dance Off with the Star Wars Stars” from day one of Star Wars Weekends 2010:

I loved his entrance, showing off the rhinestone glove: 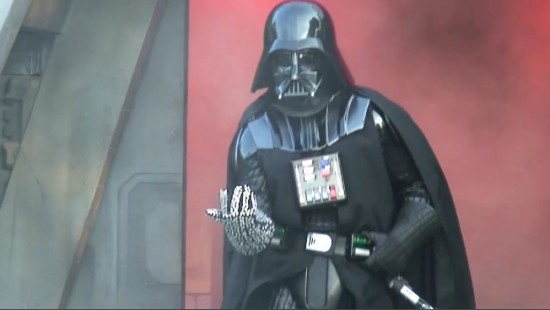