On a recent Saturday, I was hanging out at Disneyland with my sister.  Around dinner time, we each got corn dogs from the newly re-opened corn dog cart on Main Street USA and walked over to the Carnation Plaza Gardens (located to the left of Sleeping Beauty Castle) to eat our dogs while watching the swing dancers in action. 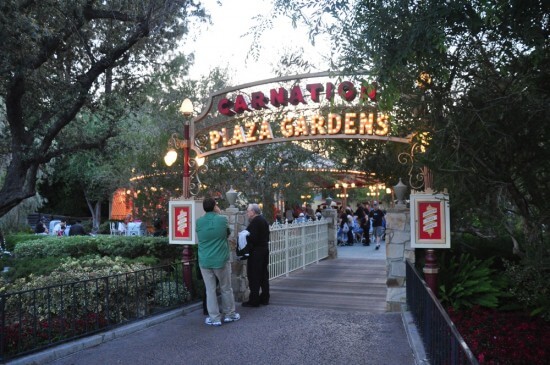 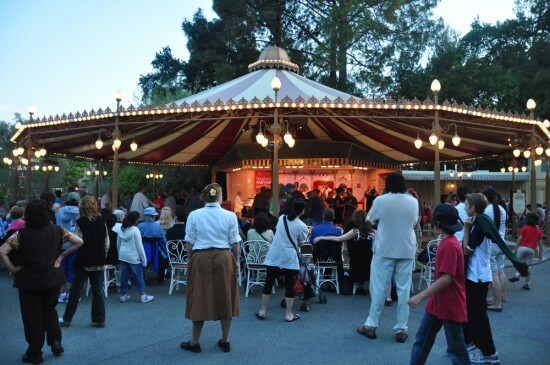 I’d always been fascinated by swing dancing but because I’m introverted, I’ve never actually gotten up the nerve to try it.

But as we were walking away to ride more rides, my sister (who is much more outgoing than I am – she’s a Disney cast member) asked a couple of the swing dancers where they take lessons.  They handed us a pamphlet, but then asked if we wanted to learn right then and there.  We looked at each other and then said, “Sure.”

So, I received my first swing dancing lesson ever at Disneyland.  How’s that for a magical moment? 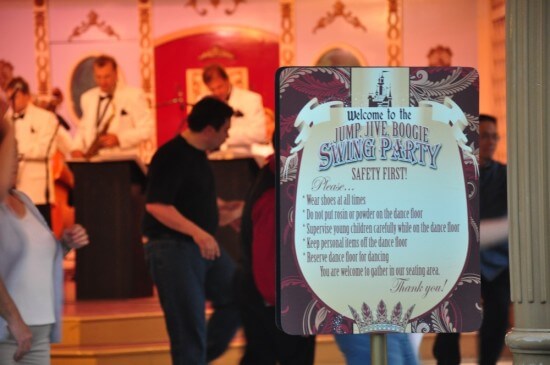 The “regulars” at the Carnation Plaza Gardens are very nice and willing to help out beginners.  These are just other park guests, not Disney employees.  Most of them come to dance every Saturday night and now I can see why. It was so much fun that we danced on and off for around three hours.

Every Saturday night, a live band plays four or five sets beginning at 7 p.m.  During their breaks, we went off to a ride, then returned whenever the band started up again. If you want to stick around, prerecorded swing music still plays during the breaks so you can keep dancing or just practice. 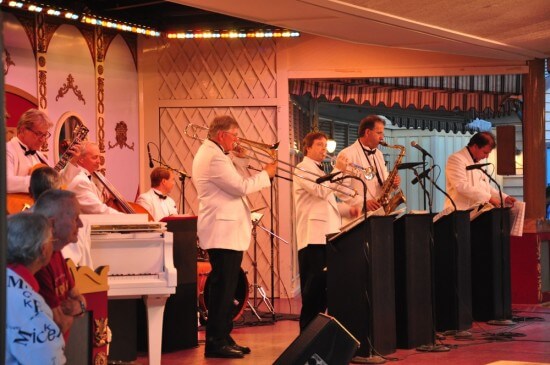 On this particular night, the trumpet player in the band was also a tap-dancer.  Here is a quick cell phone video I took of his impressive dancing:

The band also takes a short break at 9:25 p.m. during the fireworks show.  Watching the fireworks from the Carnation Plaza Gardens is enjoyable, though the view of the biggest fireworks is blocked. If you’ve seen Disneyland’s fireworks show before, I recommend watching it again from this different angle, which offers a great close-up view of Tinker Bell’s flight.

I plan to go back to the Carnation Plaza Gardens to swing dance from time to time and try out some new moves.  I’m starting to understand what they mean by “it don’t mean a thing if it ain’t got that swing!”