Tucked away in plain sight in the middle of Disney’s Bay Lake lies the 11.5-acre abandoned piece of property formerly known as Discovery Island. The now off-limits Disney attraction was once home to birds and other wildlife and can be thought of as a precursor to Disney’s Animal Kingdom theme park (which now also contains a section called “Discovery Island“).

Although Discovery Island has been closed to the public since 1999, a group referring to themselves as “urban explorers” decided to swim through Bay Lake and walk around (read: trespass) on the island. While their actions took place several years ago [see comments for edit explanation], local WKMG Orlando reporter Mike DeForest recently reported about it, sparking conversation online. (Update: And perhaps earlier online conversation sparked the WKMG report…)

In walking through Discovery Island at night, blogger Shane Perez and his friends found that the lights were still running and a few vultures had made their home there. They also found old photos of Disney cast members: 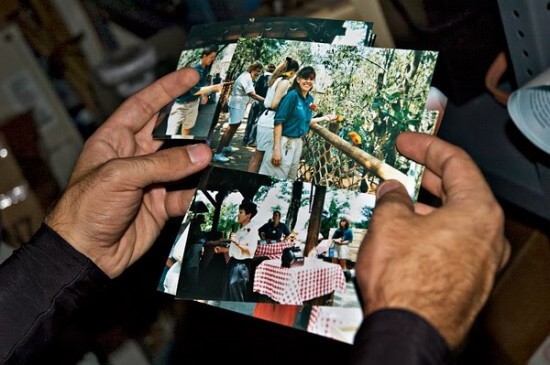 Similarly, a few weeks earlier, a post was made on the DIS discussion forum showing off pictures recently taken throughout Disney’s abandoned River Country water park, adjacent to Discovery Island: 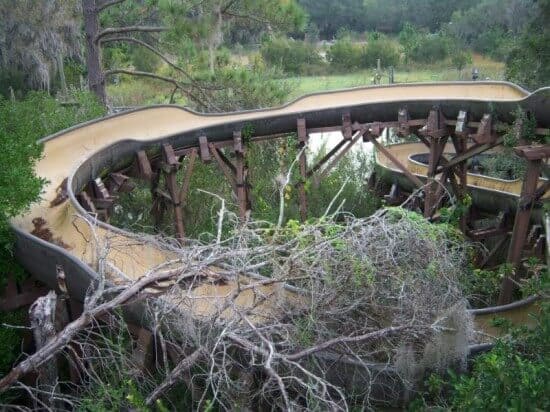 River Country closed its doors in 2001 and is now home to waterless slides and overgrown foliage. Like Discovery Island, it is off-limits to guests visiting Walt Disney World.

It seems that abandoned attractions encourage a certain sense of adventure and intrigue in some courageous types. I personally don’t recommend breaking Disney’s rules and venturing into the once-beaten paths of gone-but-not-forgotten attractions, but I do still find it interesting to see what has become of these areas. I’m sure it’s only a matter of time before someone documents an unauthorized trip into the never-completed “Legendary Years” half of Disney’s Pop Century Resort. Oh, wait…