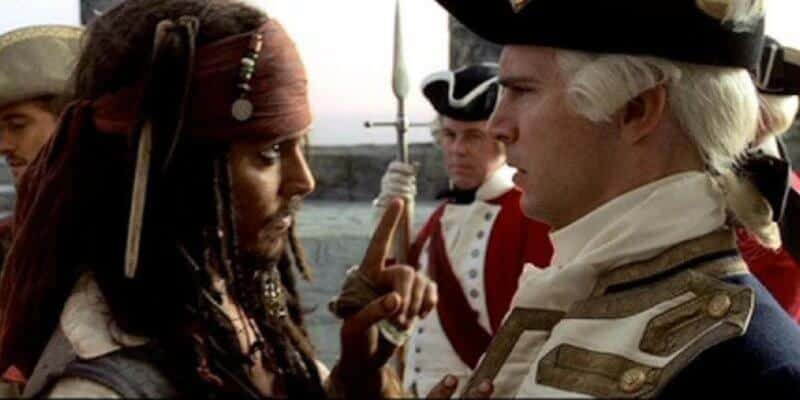 Local police were recently dispatched to a Pirates of the Caribbean star’s house after a disturbing emergency call.

Greg Ellis is an Emmy Award-nominated actor and Annie Award-nominated voice actor with an international career that spans stage, screen, television, voice-over, and the recording arts. On the big screen, Ellis is best known for his portrayal of Lieutenant Commander Groves in the Pirates of the Caribbean franchise, as well as starring in J.J. Abrams’ Star Trek, as Chief Engineer Olsen, the original chief engineer of the Starship Enterprise.

Recently, however, Ellis shared on his social media that police were dispatched to his California home after an Attorney claiming to be his lawyer called 911 to inform police of Ellis’s alleged suicidal behavior.

Ellis shared the following on Twitter with a Youtube link to a video that shows police arriving at his home:

https://youtube.com/watch?v=3rNAhopOPyw… Los Angeles based BlankRome Attorney Jeffrey Rosenfeld calls 911 and misrepresents to Law Enforcement that he is the attorney for Greg Ellis. This is the same strategy used against Greg, noted in The Respondent about his divorce, almost a decade ago.

Los Angeles based BlankRome Attorney Jeffrey Rosenfeld calls 911 and misrepresents to Law Enforcement that he is the attorney for Greg Ellis. This is the same strategy used against Greg, noted in The Respondent about his divorce, almost a decade ago.

The video shows two officers entering his home without permission or a warrant and sought the actor by surprise. He asked them to leave his house as the actor appeared to be upset and they stepped out onto his porch.

This is what is known as “swatting,” which is the action or practice of making a prank call to emergency services in an attempt to bring about the dispatch of a large number of armed police officers to a particular address.

At this time, no update has been given on the incident.

In other news, Disney and the Pirates of the Caribbean franchise, along with Johnny Depp, have been in the news quite a bit lately.

More On Disney, Johnny Depp, and Pirates of the Caribbean

For the last several months, people across the country have been tuned into the ongoing Johnny Depp vs. Amber Heard saga. The trial ended nearly three months ago with Mr Depp being awarded $10.35 million in compensatory damages, but there have been plenty of developments since the defamation trial came to a close.

A report from Poptopic indicates that Depp has changed his mind slightly from what we heard during the court trial and that he at least would entertain an offer from Disney.

“Disney is thinking about offering $300 million for Johnny Depp’s return but nothing has been agreed yet. As of right now, Johnny is still considering any offer that comes his way. If he returns to the franchise, this would arguably become one of Depp’s biggest wins after getting dropped from Disney without having any proof of what Amber Heard accused him.”