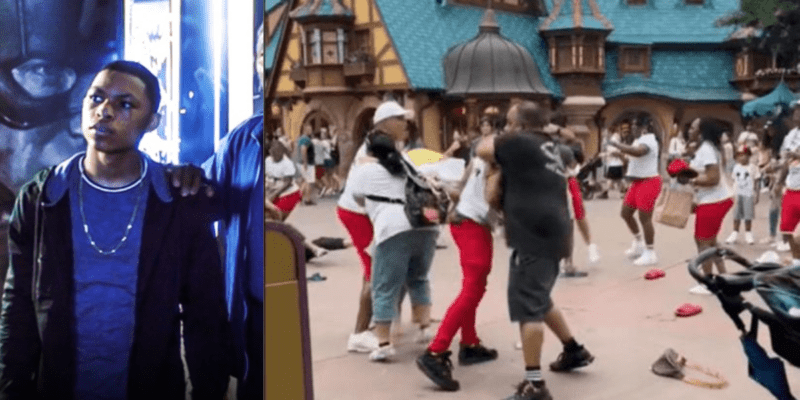 This July, we reported on a brutal brawl in Fantasyland at Magic Kingdom. Two families reportedly got into a physical fight after one Disney Park Guest tried to rejoin their family in line for Mickey’s Philharmagic.

One man involved in the fight was hospitalized with a facial laceration, while others suffered minor cuts and bruises. Reportedly, personal designer items and phones were damaged in the incident. @sweetisme3 shared a video of the brawl on Twitter:

An incident report, body cam footage, and other Orange County Sheriff records suggest a young Disney star was involved in the fight. Three members of the New Jersey family considered the aggressors – Tauheesha Richardson, Antuan Richardson, and Fuquan Grant – were interviewed by police.

According to a tip received by Inside the Magic, Fuquan Grant is allegedly a false identity for Elijah Richardson, who recently starred in Marvel’s The Falcon and the Winter Soldier and Hollywood Stargirl (2022) on Disney+. In body cam footage, Fuquan Grant provided the same birthday as Elijah Richardson: September 24, 2002.

Additionally, Richardson is from New Jersey and publicly identified a Tauheesha and Antuan Richardson as his parents in a 2015 interview.

No charges have been filed following the Magic Kingdom fight. The other involved family is pursuing legal options at this time. Both families involved, including some Disney Vacation Club (DVC) members, were banned from Walt Disney World Resort but may appeal.

Have you ever witnessed a fight at Walt Disney World Resort?