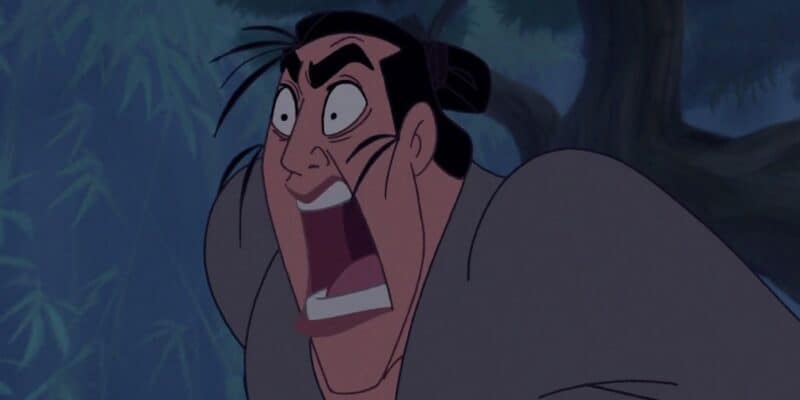 The Walt Disney Company and Walt Disney Animation Studios have built a reputation over the years for stellar animation and pioneering in the film and television industry — with the world being introduced to Walt Disney‘s genius in groundbreaking Steamboat Willie (1928) and the first-ever full-length animated feature film, Snow White and The Seven Dwarfs (1937).

What is a Disney sequel?

A period in the 90s to early 2000s (and occasionally 2010s) saw another phenomenon begin where Disney animation franchises would get the “sequel treatment”. This was in part ex-Disney CEO Michael Eisner’s doing, with the establishment of Disney Television Animation and Disney MovieToons AKA Walt Disney Video Premieres AKA Disneytoon Studios (DTS) — the studio responsible for many of these (technically “official”) straight-to-video sequels.

So what counts as one of the “worst disney sequels”?

A “bad” sequel is something that specifically does an actual disservice to an existing, original Disney property. I’m going to be giving some leeway, and allowing direct-to-video “movies” that were clearly intended to be television show pilots, that were scrapped and retroactively turned into a “sequel” movie, a bit of a pass.

There are a few good eggs, like The Lion King (1994) sequel The Lion King II: Simba’s Pride which features the song “He Lives in You”, which even made it into The Lion King musical of the same name.

However there are definitely, objectively worse Disney sequels than the ones in this list – Belle’s Magical World (1998) and Atlantis: Milo’s Return (2003), even Cinderella II: Dreams Come True (2001) — except they don’t make the cut for being fairly obvious mashups of several smaller, unrelated stories that got stitched together into a “sequel” film after some Disney higher-up made it so.

Okay, prepare for some sizzling hot takes. These Disney sequels take one (or perhaps a few) dumps on the originals.

You’re probably asking: how in the world did “Mary Poppins 2″ make it into the top five worst Disney sequels of all time?

Well, it’s the sequel to arguably one of the best live action Disney films ever produced, and it just has so much potential that falls flat on its face. The sequel follows Mary Poppins (now portrayed by Emily Blunt instead of Julie Andrews), and a clear Bert (Dick Van Dyke) stand-in, with lamp-lighter Jack (Lin-Manuel Miranda) warbling away in a similarly questionable Cockney accent.

The biggest problem with this movie as a sequel is that the plot is an exact retread of the original, with story beats that are virtually copied from the first Mary Poppins (1964) film, refusing to significantly chart its own course. Anyone who’s seen the original Mary Poppins film will watch this sequel going, “this is the Stay Awake song”, “this is meant to be Step In Time” and “this is clearly trying to do Spoonful of Sugar”.

Little, clever references to the original do a lot to keep it feeling like a Mary Poppins film, as does Dick Van Dyke’s return as young-turned-old Mr. Dawes (now sans “old person” makeup).

However as good as some moments and plot points are, the overall feeling is one of loss. The implementation of a clear “villain” that the original did not need (the father/bank/society was antagonist enough), the obvious stand-ins for characters and songs, the cameo part that was clearly written for Julie Andrews that did not end up having Julie Andrews. Overall, Mary Poppins Returns tries to rehash elements that worked in the earlier film in an attempt to recreate the same magic, without making much of its own.

Why did The Hunchback of Notre Dame (1996) even need a sequel?

The movie concerns a “liar revealed” plot, with a new love interest Madellaine (Jennifer Love-Hewitt) for the bell ringer who turns out to be working for “The Bad Guy” Sarousch (Michael McKean), an evil circus ring leader.

With the expected absence of Judge Claude Frollo (Tony Jay) from the original, this new expansion of the Quasimodo tale just felt unnecessary. It tries to expand the role of the Romani people, and also adds Esmerelda (Demi Moore) and Captain Phoebus’ child Zephyr (Haley Joel Osment) into the mix — to not very much success.

The grandeur and mature themes of religious guilt in the original are completely eschewed for a much brighter, happier color palette — which is a change that doesn’t do anything, ultimately, or even feel like the same franchise. This is a Hunchback of Notre Dame film only in the barest sense.

Wreck-It-Ralph (2012) also did not need a sequel — and if it were to have one, it would have needed to be much better than this to even get close to what the original accomplished.

The original movie told a tale from the fresh perspective of a coded (literally) “bad guy” who wasn’t really a bad guy at all, and an unlikely friendship, daring sacrifice, and a unique world for all of this to take place in.

The sequel basically ignores all of that while trying to recreate it — with added cringe-worthy pop culture and “internet meme” references thrown into the mix. Shoehorning the Vanellope (Sarah Silverman) “Disney Princess” and “Slaughter Race” storyline and turning Wreck-It-Ralph (John C. Reilly) into a single-minded jealous rage-monster (literally) feels like it cheapened the openness and strong bond the two best friends shared and fought so hard for in the original film.

You’re constantly left wondering: is this really how these characters would act, or is this just making sure they get to “The Internet” for pop culture shenanigans, justifying Disney “Rick Rolling” the audience during the credits, and making copious BuzzFeed and YouTube references?

It’s just so disappointing, because Wreck-It-Ralph is so good.

The first Pocahontas film has always been the subject of some controversy, with the liberal creative license Disney took reworking history and historical figures. However, if one were to see Disney’s Pocahontas as its own contained story, the sequel to this film does the original movie so much (confusing) injustice.

The biggest gripe many have with this film is the random introduction of the character John Rolfe (Billy Zane), in place of John Smith from the original film, as Pocahontas’ (Irene Bedard, with Judy Kuhn singing) love interest.

And the actual biggest sin? The fact that Pocahontas actually ends up with this random guy who doesn’t seem right for her in any way, picking him over John Smith — after the epic send-off and farewell the two shared at the end of the first movie. One of the truly bittersweet and nuanced endings of a Disney film, erased and glossed over for “technical historical accuracy” — in a story that wasn’t historically accurate to begin with. So why bother to course correct now just to adhere to “historical accuracy”?

The entirety of the film contains some rather… weirdly broad portrayals of England and Native American culture, with most of the film’s runtime concerning Pocahontas trying to comedically “fit into” English society. Nothing much else happens.

Mulan II grinds my gears. Not as much as the remake does, somehow, but still enough to make first place on this list.

There’s something about this film — it takes the ending of Mulan (1997) and the nuance of that story and decides to turn the sequel into a strange, romance-centered (bad) almost-chick flick.

I have no idea why they did what they did to Li Shang (BD Wong), Mulan’s (Ming Na Wen with singing voice Lea Salonga) husband-to-be by the time of the sequel, but they did. Somehow, they turned a relationship of mutual respect and understanding into an odd “yin vs. yang” analogy, with the message that Mulan and Shang were “too different” to actually last as a couple — and actually making them break up.

Why, you ask? Because the entire time, Mushu (no longer Eddie Murphy but Mark Moseley) — now made entirely unlikeable — is trying his absolute hardest to break Mulan and Shang up, all for his own selfish gain, to keep his “pedestal” among Mulan’s ancestors.

They actually made Mushu a straight-up villain. It’s actually quite uncomfortable witnessing one of Mulan’s most trusted friends using that friendship for such unabashedly selfish reasons.

And let’s say the animation tried… something new.

And then they “kill” Shang off for a cheap deus ex machina reveal at the end.

Most of the actual plot in fact centers around three princesses who need to be escorted by Mulan and Co. to a neighboring kingdom to be diplomatically wed — and they just so happen to be perfect matches for Mulan’s friends who join the escort party. Additionally, some of the songs are just re-recordings of the original, with different actors. Everything about the film feels quite cobbled together, and fails to capture the true nuance of the original Mulan, with its message of earning true honor and overcoming adversity.

Finally, if we’re counting Pixar, then the Cars 2 (2011) movie gets an honorable mention — a strange, too-Mater-centric, Cars-themed spy film that mainly contains lots of international Cars-worldbuilding snapshots strung together.

Another honorable mention goes to The Little Mermaid II: Return to the Sea (2000), which just… isn’t very good. Unfortunately, it doesn’t do much to sully the original movie, so it misses this list — as it barely follows Ariel and instead is almost entirely concerned with her teenage daughter — another “Little Mermaid” — Melody. A vague retread, with few redeeming factors, but not a horrible enough sequel to The Little Mermaid. It also features a disturbingly old Flounder (Cam Clarke)?

Overall, Disney is clearly capable of creating wonderful, groundbreaking animation that touches the hearts of many. But these sequels don’t do much other than leave a bad taste in the mouth for many Disney fans. It’s no wonder that for the most part, Disney has stopped producing many of these “official” sequels, especially those meant to go straight-to-video.

What’s your most disliked Disney sequel? Did you agree with our list? Share your thoughts in the comments below!