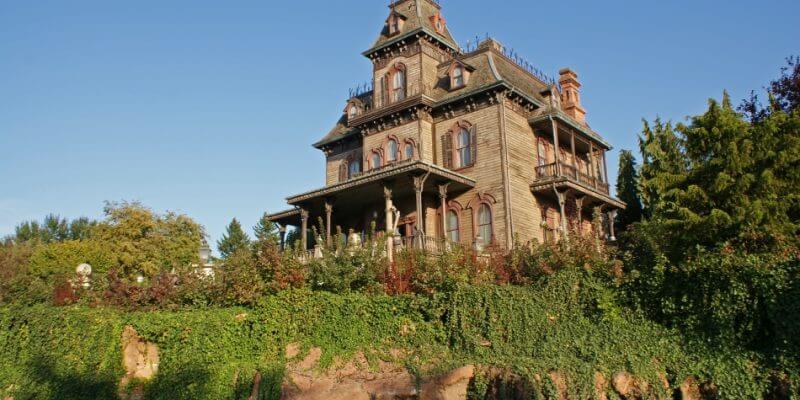 One Guest’s dreams came true after a spooky Disney attraction broke down and malfunctioned, leaving Guests in awe.

Although each of the Disney Parks and Resorts features a wide range of classic, iconic and legendary rides, few stand above Disney’s Haunted Mansion which has become one of the most recognizable and famous attractions in the world.

Praised for its theming, immersion, and storytelling, the Haunted Mansion is the gold standard for dark rides everywhere, not just at Disney. The ride is featured at multiple Disney Parks and is incredibly popular wherever you may find it. However, one version strays away from the typical formula, resulting in a very unique experience.

In Disneyland Paris, Phantom Manor tells the story of a haunting father who is controlling his daughter’s love life from beneath the grave. The ride can be found at Disneyland Park, and pulls in a Frontierland aesthetic due to its Thunder Mesa location in the Park.

The ride is highly regarded in the Disney Park community and for good reason. For many, riding this attraction would be a “dream come true” but for one Guest, their dream came true in a very different way.

In the photos shared below by Jonathan Cooper (@dxwwf3), you can see how one Guest’s dreams “came true” after the ride stopped and the lights came on:

As you can see, the ride experienced some difficulties which resulted in all of the work lights turning on. While this ruin the immersion of the ride, for many, this is a coveted experience. The story of the attraction is vastly different from other iterations thank largely to the fact that the attraction sits in Frontierland in Disneyland Park:

Henry Ravenswood was a Western settler who struck gold in Big Thunder Mountain and founded the Big Thunder Mining Company. Using his newly discovered fortune, he created Thunder Mesa (Frontierland) and built himself a Victorian Manor to overlook the mountain where he lived with his wife Martha.

His daughter, Melanie Ravenswood became drawn to several suitors who all planned to take her away from Thunder Mesa (much to the dismay of her father).  One by one, the suitors began meeting various cruel fates. Several questionable deaths later and Melanie is engaged to a train engineer when an earthquake occurs, killing her mother and father.

On the big day, a Phantom (the spirit of Henry)  appears to seek vengeance on Jake and kills him. After waiting hours for her future husband to turn up, all the guests leave the manor and poor Melanie is left in her wedding dress, convinced that Jake will return. Melanie begins wandering the house and singing melancholy songs of lost love.

Years have passed, the house has decayed and to this day, Henry still haunts the Manor with his demonic friends and nobody knows if the singing coming from an alive or dead Melanie Ravenswood.