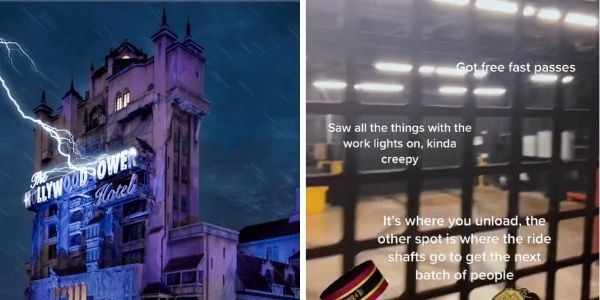 When visiting Disney Parks, you may encounter a few issues and speed bumps along the way. With so many rides, attractions, and shows, things are bound to not go perfectly sometimes. Disney Park veterans know that getting stuck on the Haunted Mansion or “it’s a small world” is a common occurrence, but getting stuck on others can be quite rare.

Continuously-moving rides, known as Omnimovers, tend to encounter these issues quite frequently. Rides like Buzz Lightyear’s Space Ranger Spin, The Peoplemover, and the Haunted Mansion all stop often, most of the time as a way to allow Guests to enter or exit the ride safely.

Water rides also do this too, with “it’s a small world”, Pirates of the Caribbean, and Jungle Cruise sometimes getting stuck as well. However, some Disney rides and attractions hardly ever get stuck or have to be evacuated. Not only does evacuating ruin the immersion, but it can be a little scary as well, especially if the ride itself is supposed to be scary.

Seemingly, one of the rarest rides to break down and evacuate is the Tower of Terror. While the attraction does experience malfunctions and breakdowns sometimes, a full evacuation seems a lot less frequent when compared to others in the Park. One Guest captured their experience of being evacuated off the Tower of Terror during a ride malfunction. See the video from Whatsup_itsVanny (@thatone835) below:

As you can see, the Guest got stuck for over 30 minutes and actually got escorted off the ride where they got to see the “creepy” backstage areas. Getting to see a ride with the lights on is somewhat of a coveted experience for hardcore Disney park fans, but on a ride as scary as the Tower of Terror, maybe we don’t want to know what’s going on.

Have you ever had to evacuate this ride? Let us know in the comments below.