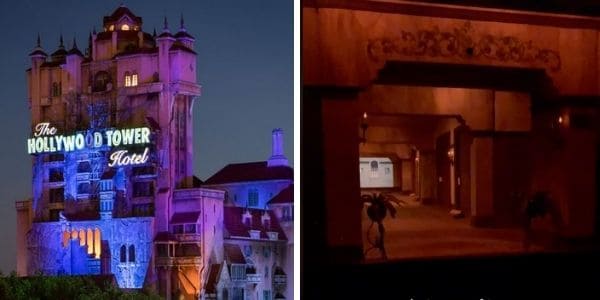 Recently, a few Disney Guests got a “special” experience after a scary ride malfunctioned, making it even more terrifying.

At the Walt Disney World Resort, there are so many great rides to choose from. With iconic rides like Pirates of the Caribbean and Haunted Mansion as well as “it’s a small world” and Peter Pan’s Flight. For those looking for a little more thrill, however, Disney also has you covered with some truly incredible attractions.

At Animal Kingdom Guests can experience Expedition Everest and DINOSAUR, possibly two of the most thrilling rides in all of the Disney World Resort. At Hollywood Studios, there also happens to be two insanely-thrilling rides for Guests to experience as well, with Rock ‘n’ Roller Coaster and Tower of Terror. And speaking of Tower of Terror, a few unlucky (or lucky) Guests had a very special experience when riding the attraction recently.

As shared on TikTok, @alejandraasofia posted the video which captured the moment the audio cut out completely on the ride, leaving the entire ride silent as they approached the drop. See the video below:

As you can see, the ride is completely silent from the very beginning. While the audio doesn’t change anything about the ride, in particular, the lack of any kind of music or audio certainly makes this creepy experience that much more creepy. Strangely enough, we covered a story a few years ago where a similar situation happened, only this time it was inside the actual drop shaft.

Has this ever happened to you? Let us know in the comments below.