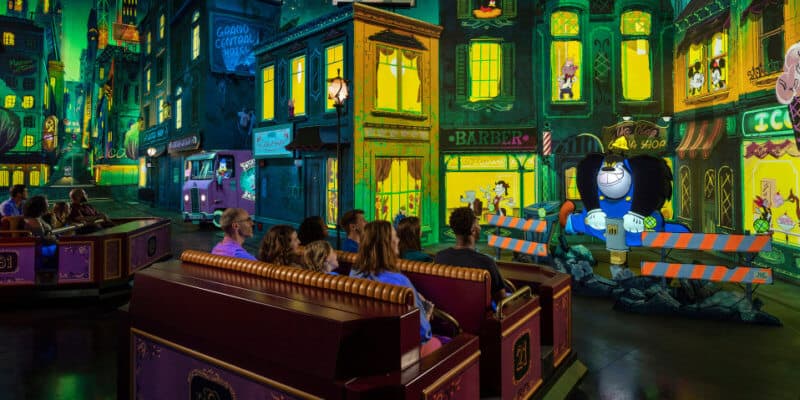 When visiting “The Most Magical Place on Earth”, you probably think of a perfect vacation filled with exciting and thrilling rides, attractions, and experiences. That is what you get most times but sometimes, things can go wrong or take an unexpected turn. Restaurants can be evacuated and Guests can be forced to hop off rides.

The Walt Disney World Resort is filled to the brim with fun rides to experience but due to their complexity of them, they tend to break down occasionally or go under refurbishment. Sometimes, however, rides can break down for a completely different reason.

One Guest shared their experience of Mickey & Minnie’s Runaway Railway stopping after their service dog caused problems for a Cast Member. See the full video on TikTok from @poodles_and_crafts below:

As you can see, the Guest claimed that their service dog caused a safety issue forcing the ride to stop. Apparently, Cast Members mistook the dog for a child and thought it was jumping out of the ride vehicle. Of course, this is just what the situation seems to appear as, and Cast Members were doing their job, properly protecting all Guests.

Have you ever seen something like this happen before? Let us know in the comments below.