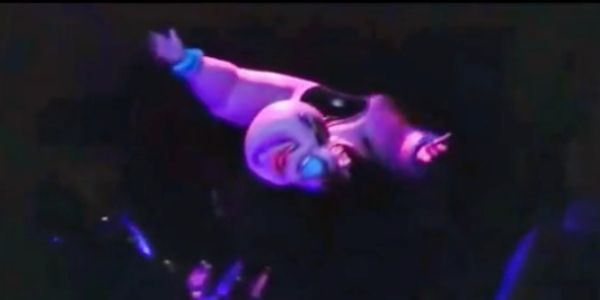 When planning your trip to Disneyland and Walt Disney World, Guests often want everything to go as perfectly as possible. Easy lunch and dinner reservations, little wait times, and an overall fantastic experience. Guests can typically have an amazing time in the Disney Parks, but things don’t always go as planned…

Magic Kingdom at Walt Disney World is filled to the brim with incredible attractions like Space Mountain, Haunted Mansion, “it’s a small world” and many others. One of the newer rides added to the Park is Under the Sea ~ Journey of The Little Mermaid which is based on The Little Mermaid (1989). This ride takes Guests through the story of Disney Princess Ariel and her journey of love as well as her struggle with the sea witch Ursula. Everyone knows this classic story, but have you ever heard of when Ursula lost her head?

In the video which was taken a few years ago, Guests riding Under the Sea ~ Journey of The Little Mermaid at the Magic Kingdom saw quite Ursula without her head! Well, her head was still there it just wasn’t where it should’ve been. See the full video below:

😳😳😳 Have you ever SEEN something like this at Disney? 💬✨ #disney #disneyworld #robot #disneyparks #fail #blooper #bloopers

😳😳😳 Have you ever SEEN something like this at Disney? 💬✨ #disney #disneyworld #robot #disneyparks #fail #blooper #bloopers

Speaking Walt Disney World, Guests have a lot to look forward to in 2021. At the Magic Kingdom, Disney is still hard at work on the new Tron coaster with many hoping to see its release sometime this year. EPCOT is undergoing a complete transformation, bringing in a whole lot of Disney properties like with Guardians of the Galaxy: Cosmic Rewind.

Hollywood Studios has also changed quite a bit with the additions of both Toy Story Land and Star Wars: Galaxy’s Edge. And while Animal Kingdom has recently lost Expedition Everest, one of its most popular rides, Guests can still enjoy all of the wonderful experiences found within Pandora – The World of Avatar.

More on Under the Sea ~ Journey of The Little Mermaid at Disney World’s Magic Kingdom:

Have you ever seen something like this video? What’s the craziest malfunction you’ve seen while on a Disney ride? Let us know in the comments below!