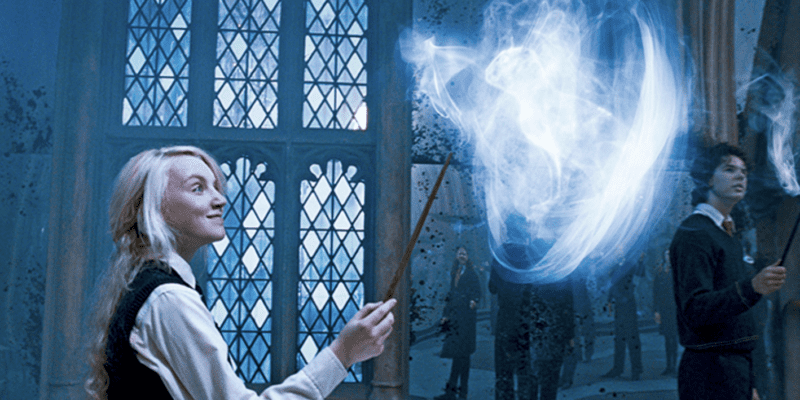 You may not be able to cast a full Patronus from your phone to defend against the Dark Lord He-Who-Shall-Not-Be-Named, but your device can cast two well-known spells from Harry Potter! Grab your iPhone, Pixel, or android device and get ready to do some real Wizarding World magic and sorcery! LUMOS!

Harry Potter Spells For Your Phone

Modern smartphones are a marvel of technological magic. Remember when our fifth-grade teachers demanded we put our calculators away because we, “wouldn’t have a calculator everywhere we went when we grow up?!” Well, it turns out we do, along with a compass, level, speaker, typewriter, dictionary, encyclopedia, and a bevy of cat memes. Add to the smartphone’s repertoire a set of spells torn from the pages of J.K. Rowling’s Harry Potter books.

Two of the easiest to learn Harry Potter spells regard light and dark. To enable a lit tip of the wand like a candle, the spell is Lumos. The reverse of the spell to create darkness or to extinguish the light (when you’re not using a deluminator) is Nox.

Do you ever wish you could use these spells in real life to create light and dark? It’s easier than ordering one of those fancy light switch plates… simply grab your iPhone, Google Pixel or android device and wake up your AI software. For instance, Siri works on iPhones, while an Android device will utilize Google Assistant as its artificial intelligence.

Wake up your phone’s AI and then say LUMOS! (It works with an Apple Watch, too!) The flashlight function on your device will automatically illuminate without having to learn a skill or be programmed. When you’re done looking for your wand, you can extinguish the light by saying, NOX! If you’ve got a southern accent like this reporter, try to say “N(oh)x” instead of “Nawks.” It helps your device understand you’re not trying to say, “knocks!”

Want to open an app that you just can’t find? ACCIO will bring it right to you! Simply unlock your iPhone and wake up Siri (either with “hey siri” or holding the appropriate button). Then say, ACCIO, INSTAGRAM. We found it also worked with Facebook, Twitter, and weather apps, but be sure you have an “ass” sound in the word for it to understand you!

Want another spell, like the Killing Curse, AVADA KEDAVRA? While this command isn’t already understood by our smartphone, you can use shortcuts to create these spells. This reporter used an iphone hack with Apple Shortcuts and asked for the tasks of airplane mode to be used. I entitled the shortcut: AVADA KEDAVRA. The unforgivable spell relegates my phone to airplane mode for travel… or whenever else I want to be alone.

We remembered that you can also ask your Google Home device to perform some of these commands, and while less useful outside the home, it’s still a nifty party trick. To impress your Hogwarts classmates and House Professors, command your pocket device to perform one Harry Potter spell and then the other. And while you’re at it, have your friends gather round to watch the Harry Potter 20th Anniversary Reunion special on HBO. Uber fans will notice a glaring mistake in the documentary!

Are you a Harry Potter fan with the skill to work these spells? Leave us a comment with what your phone did!