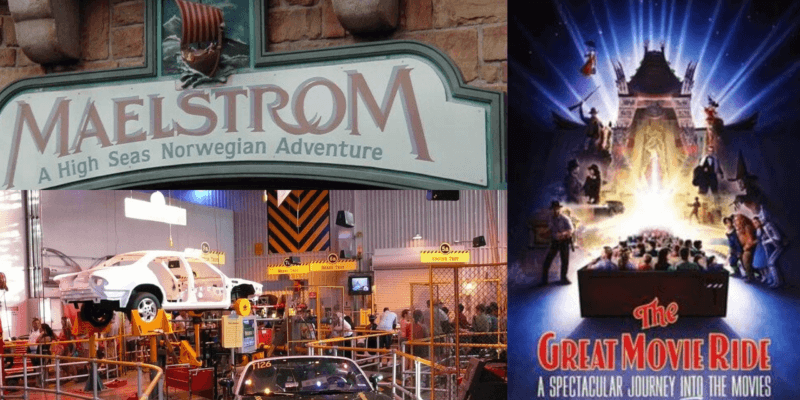 One of the things that I love the most about Walt Disney World is that the place is ever-evolving. Being from the UK means I only get to go once or twice a year (if I am lucky), and I adore the fact that each visit brings something new to experience.

While for the most part change is always positive, there are a few attractions that have been lost over the years that I’d love to go and ride just one more time. Keep in mind that this is my own list, my own journey with growing up with Walt Disney World in my life, and the attractions that I can remember. I’m not 30 yet so please appreciate that there will be a couple of missing attractions on this list!

Oh and yes, a lot of these are from EPCOT — it’s my favorite park.

Out of all of the items on my list, this is the one that I don’t think I can ever forgive Disney for. The Great Movie Ride was always one of my favorite attractions at Disney’s Hollywood Studios (and MGM Studios before that). 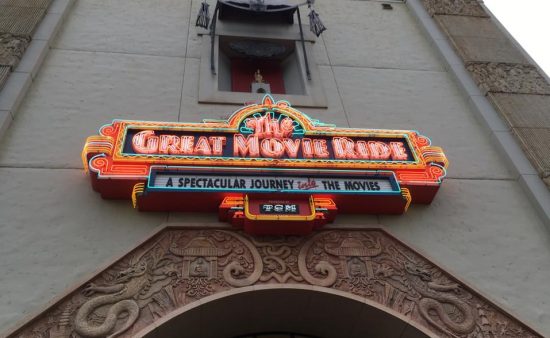 It brought joy, terror (thanks largely to the horror section), and encouraged my love of multiple genres of movies.

It was such a shame to see an attraction with so much history close, particularly when a simple refurbishment with Disney properties would have been fantastic to see.

Mickey and Minnie’s Runaway Railway is a great replacement, but it’s no Great Movie Ride. Disney really did lose the heart of what made Disney’s Hollywood Studios special when the attraction closed back in 2017.

I love Test Track and the futuristic setting makes a lot more sense in EPCOT’s current Future World, but boy was the original Test Track more fitting of the name.

I still remember the very first time I rode the attraction with its incredible queue music, tests going off, and pre-show — the storytelling here was just fantastic.

While it’s virtually the same attraction we know and love now, it doesn’t feel quite the same when you aren’t being simulated as a crash test dummy.

Related: How to get a high score on Test Track

What an attraction this was. The same system as the original Disneyland Star Tours attraction, but instead you’re shrunk down and put inside a body to study the effects of the white blood cells inside of a left index finger. Of course, things go very wrong and you end up exploring the inside of much of the body.

This for me was a big part of EPCOT in the heyday and the fact the movie used in the attraction was directed by the legendary Leonard Nimoy made this attraction all the more special.

The attraction closed in 2007 and the entire pavilion will be replaced (assuming construction doesn’t get canceled) by the Play! Pavilion.

Another shining star among the greats of Disney’s Hollywood Studios. While the Studio Backlot Tour had a lot of cringe to it (don’t get me started on the Pearl Harbor pre-show), the actual attraction was a great insight into movie props.

My favorite part of the attraction was actually after you leave the ride vehicle and step inside the warehouse that held some of the most recent and great props from Disney’s latest movies. It was great to see this changing on a regular basis and felt like every trip held something new to see.

In was closed in 2014 and has since been replaced by Toy Story Land.

On a related note, if you still haven’t watched Prop Culture on Disney+, go watch it!

Honey, I Shrunk the Audience

The spin-off of the Honey, I shrunk the Kids movies made its debut in 1994 and was around until 2010 when it was replaced with the return of another item on my list.

This show both fascinated and scared the heck out of me (thanks giant snake). I was a huge fan of the original movie growing up and seeing the Szalinski’s on the big screen at EPCOT was always a highlight of my trip growing up.

It’s such a shame to see the pointless Pixar Film Festival in that space now. It’s not original and everyone can watch those movies on Disney+ — bring back the Szalinski’s!!!

The original Figment attraction truly was something special. Opening in 1983, I was just 7 when it closed in 1998 and boy do I still remember how great it was today.

Created by legendary Imagineer Tony Baxter alongside Steve Kirk the attraction was focused on the Dreamfinder and his creation, Figment.

Two tiny wings, eyes big and yellow, horns of a steer, but a lovable fellow! From head to tail, he’s royal purple pigment, and there, voila! You’ve got a Figment!

I was hoping that the rebirth of Epcot would see them bring the Dreamfinder back to the attraction but alas, no such announcement has been made.

Here’s hoping we don’t have to put up with Nigel Channing for much longer.

Related: Here’s why I think Figment has a long future ahead of him at Epcot

A staple for our family every time we went to EPCOT right up until the day it closed back in 2014. A great attraction that celebrated some of the strange folk tales of Norway while also celebrating the country itself. 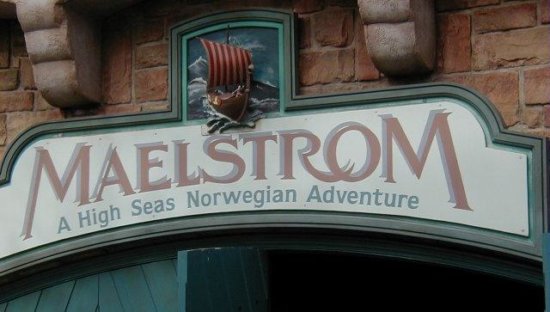 Though its replacement, Frozen Ever After, is a fantastic attraction that draws far more crowds, it doesn’t do the beautiful country of Norway justice in the same way that Maelstrom did.

Since Frozen was introduced Norway in World Showcase has certainly lost a lot of its charm and this coming from someone who has been lucky enough to visit the real country several times.

Never again will we hear, “Norway’s spirit has always been, and will always be, adventure.”

Soon to be replaced with Guardians of the Galaxy: Cosmic Rewind, Ellen’s Energy Adventure was an attraction that I knew needed to be replaced but still enjoyed on every trip up until it closed back in 2017.

It’s fantastic moving theater combined practical effects, animatronics, and screens to really capture what EPCOT is all about, learning while having fun!

That being said, I can’t wait to see what the Guardians bring when they arrive next year (if construction is able to be completed on time).

Related: Why Epcot is still worth your time during construction

Going back to my Honey, I Shrunk the Audience entry with the second entry to appear in the same location! Captain EO debuted back in 1986 at Epcot and ran its original run until 1994. It was reopened after the death of Michael Jackson from 2010 to 2015.

Worked on by some of the Disney greats and Star Wars creator George Lucas, this truly was an experience to be enjoyed in a theme park.

I’d take this or Honey, I Shrunk the Audience in place of the unoriginal attraction that sits in the space currently. Yeah, I mentioned it twice, I am not going to let it go.

Related: Why I think Epcot is the best theme park in the world

Opening alongside the Magic Kingdom back in 1971, the Skyway was a perfect way to get across the park, taking guests from Tomorrowland to Fantasyland and vice-versa.

Closing in 1999 when I was just 8 years old, I still have such vivid memories of being allowed to ride back and forth without getting off due to the attraction (and park) being quiet. It was also a fantastic memory of my late nan, who we visited Disney World with regularly.

Of course, now the Skyway is shut and Walt Disney World has a larger gondola based system in place with the Disney Skyliner that opened last year.

These are just a few of the attractions I miss the most at Walt Disney World and that I still have fond memories of to this day. Honorable mentions must go to Horizons, The Scary Adventures of Snow White, and of course, World of Motion.

What old attractions do you miss the most at Walt Disney World? Let us know in the comments below!