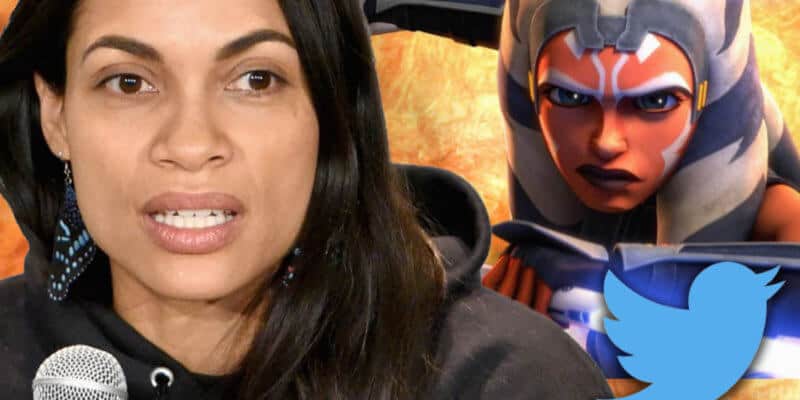 Today, exciting news came to “Star Wars” fans everywhere when it was revealed that season 2 of Disney+’s hit TV series “The Mandalorian” will feature Ahsoka Tano played by “Men in Black II” star Rosario Dawson. However, with all the excitement of the inclusion of the Padawan learner to Anakin Skywalker was anger among some Twitter users who say Dawson is transphobic and are demanding for the role to be recast.

On Twitter, the hashtag #RecastAhsoka can be found circulating in between Tweets announcing the news of Dawson’s casting in the hit intergalactic series. All of which, making claims against the actress. One of which, specifically pointing to a lawsuit the actress and her boyfriend are currently intertwined in claiming both attacked a transgender employee in Los Angeles last year.

transphobe playing ahsoka tano will not be allowed #RecastAhsoka

i haven’t seen tcw yet but i don’t like the idea of having a transphobe play a character i’m going to grow to love. #RecastAhsoka

According to a suit filed in a Los Angeles court last October by transgender man Dedrek Finley, it alleges that Dawson and her family subjected him to transphobic harassment and violent abuse.

The suit states that Dawson and three members of her family violated Dedrek Finley’s (the plaintiff) civil rights by discriminating against him because of his transgender status. The suit seeks damages for discrimination as well as a list of other allegations, including battery, assault, emotional distress, and several others.

Finley claims in the suit that in April 2018, after the family attempted to evict Finley solely because of his transgender status, the family had got together to assault him, saying Rosario’s mother dragged Finley by his arm out of a window to attack him. 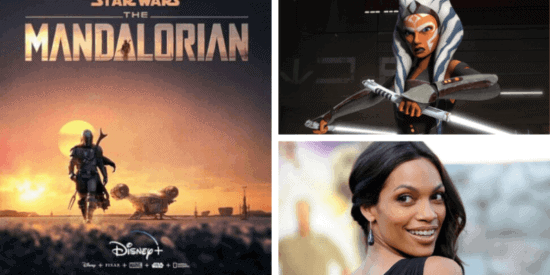 “Once Mr. Finley was lying helpless on the ground outside, Isabel, who is substantially larger than Mr. Finley, got on top of Mr. Finley’s body and began punching him,” the suit states. “While beating Mr. Finley, Isabel screamed, ‘You’re not so much of a man now,’ which was a clear and denigrating reference to Mr. Finley’s gender identity.”

The suit then goes on to specifically mention Rosario’s inclusion in the attack stating she assisted in the assault by sitting on top of Finley by “actively restraining him while he was on the ground to ensure that her mother could continue battering him.”

Isabel Dawson also allegedly threatened to kill Finley’s cat if he did not move out and stomped on his hand during the attack and stole his cellphone, which Finley alleges contains video of the previous threats made against him.

#RecastAhsoka no one wants a stinky transphobe!!!

In the slew of Tweets calling for the recasting of Dawson, many users not only express their grievances with the casting decision by Disney but also their own ideas of who should be recast in the role.

how about casting a non transphobic person to play ahsoka like tati gabrielle #notmyahsoka #recastahsoka pic.twitter.com/J4TJdK9I0B

Season Two of “The Mandalorian”is currently in production. Its release date on Disney+ is scheduled for this October.