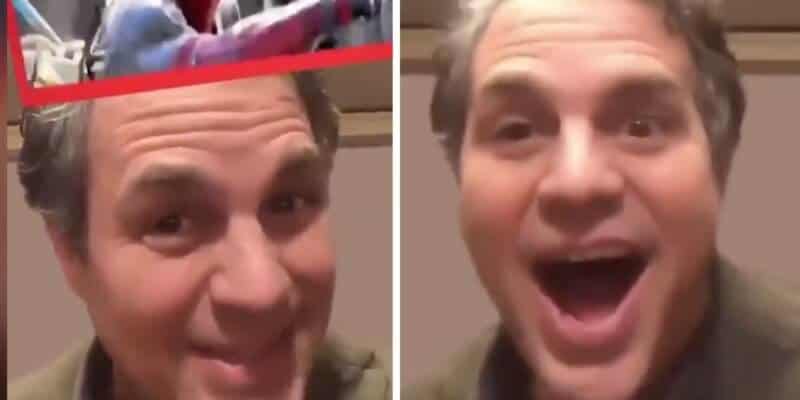 There has been a new filter going around on Instagram which allows users to take a video of themselves in order to match with a Disney character. Users can match with characters like Pumbaa, Ursula, Belle, Flounder, and others! There is a wide variety of Disney characters you could potentially match with and even celebrities are getting in on the fun.

And ever since the popularity of this filter took off, other users have been creating filters such as Friends, Star Wars, and even Marvel!

And now, this Marvel star decided to step up to the plate and take the Marvel-themed Instagram filter to see who he matched with.

Mark Ruffalo, who is known for playing the Hulk in several MCU films, just took the challenge and the result is shocking!

Which Avenger Mark Ruffalo Is?

Yes, he matched with his very own Marvel character, Hulk, and it’s safe to say, Ruffalo was very happy about it.

Idina Menzel, who we all know as the iconic Queen Elsa, also decided to try out the new Instagram filter, but her results were a bit off.

EW asked Menzel (as well as other stars on the Golden Globes red carpet) to try out the Instagram filter to see what Disney character they matched with.

So, of course, Menzel decided to take up the challenge and she was paired with Flounder from The Little Mermaid.

“It never ends up Elsa,” Menzel said on the red carpet.

Idina Menzel isn’t the only Frozen 2 star taking the challenge. Josh Gad, who everyone knows as the adorable snowman, Olaf, from Frozen and Frozen 2, also decided to try it out, but the results weren’t what he expected.

Um. Okay. Not what I was expecting. Hey @theellenshow – any thoughts here?

As you can see, he was a bit surprised when he was matched with Dory from Finding Nemo.

But the results aren’t always this far off as Robin Williams’ daughter, Zelda Williams, decided to try the fun new Instagram filter out, too.

And she was matched with no other than Genie, the iconic character from Aladdin that her father is known for voicing!

How To Find The Disney (Or Marvel) Filter:

If you haven’t yet tried the new Disney or Marvel filter but are curious what your result would be, there are two different ways you can find it:

Have you taken any of these Instagram filter challenges? What was your result? Let us know in the comments.