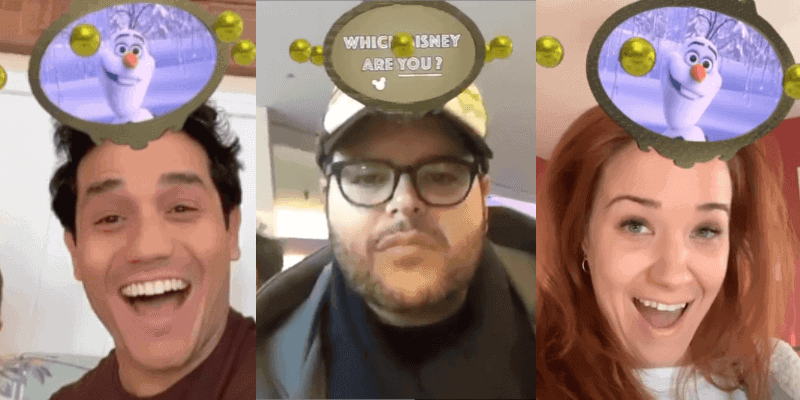 Yes, if you tried that Disney Instagram filter, there is a reason you got that character. The creator confirmed it’s completely random.

A few weeks ago, a filter emerged on Instagram Story that answered the all-important question: Which Disney character are you? Videos across Instagram, Twitter, and TikTok shared people’s hilarious mismatches. And while your friends may jokingly list all the reasons explaining how you’re totally Ursula, the program didn’t read too much into it.

Filter creator, Arno Partissimo, was quoted saying, “There is no artificial intelligence, it’s totally random. People who are really angry have to just try it again and it could be different.” Many of the users have already caught on, their Instagram stories showing continuous re-dos until they were matched with suitable characters.

Several celebrities had a laugh sharing their Disney results on social media. This included some Disney celebrities as well. Josh Gad was one of the first celebrities to try out the filter. Apparently, he’s not Olaf — he’s actually Dory from Finding Nemo. Meanwhile, Broadway Disney’s Aladdin, Adam Jacobs, discovered he was the lovable snowman instead of Agrabah’s famous street rat. Even Idina Menzel gave it a try, and apparently, she’s Flounder from The Little Mermaid

But the biggest filter story comes from Robin Williams’ daughter, Zelda Williams. She got her late father’s iconic character, The Genie.

Oh, and Thor: Ragnarok director Taika Waitiki gave it a try. You can watch that here:

Taika did the (which disney character are you) filter from instagram, look how happy he got when he got Scar ? pic.twitter.com/60oOR93jou

How to use the Disney Filter?

In case you are still trying to figure out how to use this filter, there are two ways to do it:

Are you surprised it’s randomized? What Disney character did you get? Let us know in the comments!

Comments Off on “It’s totally random!” Creator of Disney Instagram Filter Shares How it Works