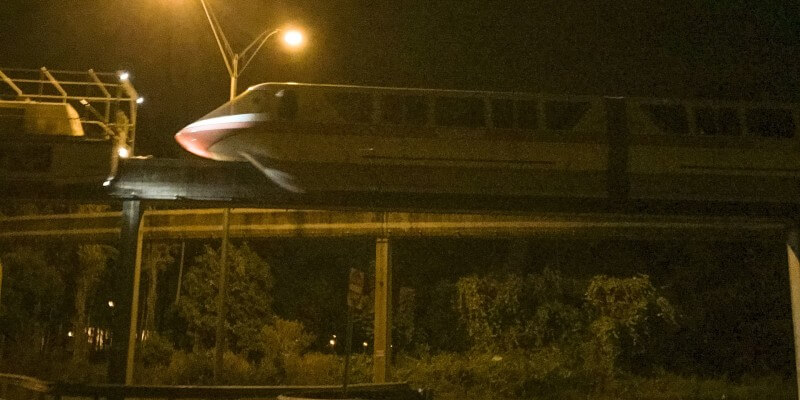 An incident occurred early in the afternoon  of Wednesday, November 18th involving Monorail Coral and a work tractor near the Transportation and Ticket Center. A Disney spokesperson has said that while on the Magic Kingdom express line, an incident occurred between the monorail and a work tractor after it was being towed. At some point the tow hitch broke, causing the monorail to coast into the tractor.

As seen in the video a work tractor is towing the monorail from its opposite, undamaged “front cab.” The damaged end was secured and covered with a tarp as it made its way to the work barn behind the Magic Kingdom. When doing a comparison of the two nose ones, it’s easy to see the extent of the damage based on the shape. There was no windshield on the damaged end, presumably shattered upon impact and the entire front end was crushed inward.

No guests were onboard when the incident occurred, and no injuries were reported.