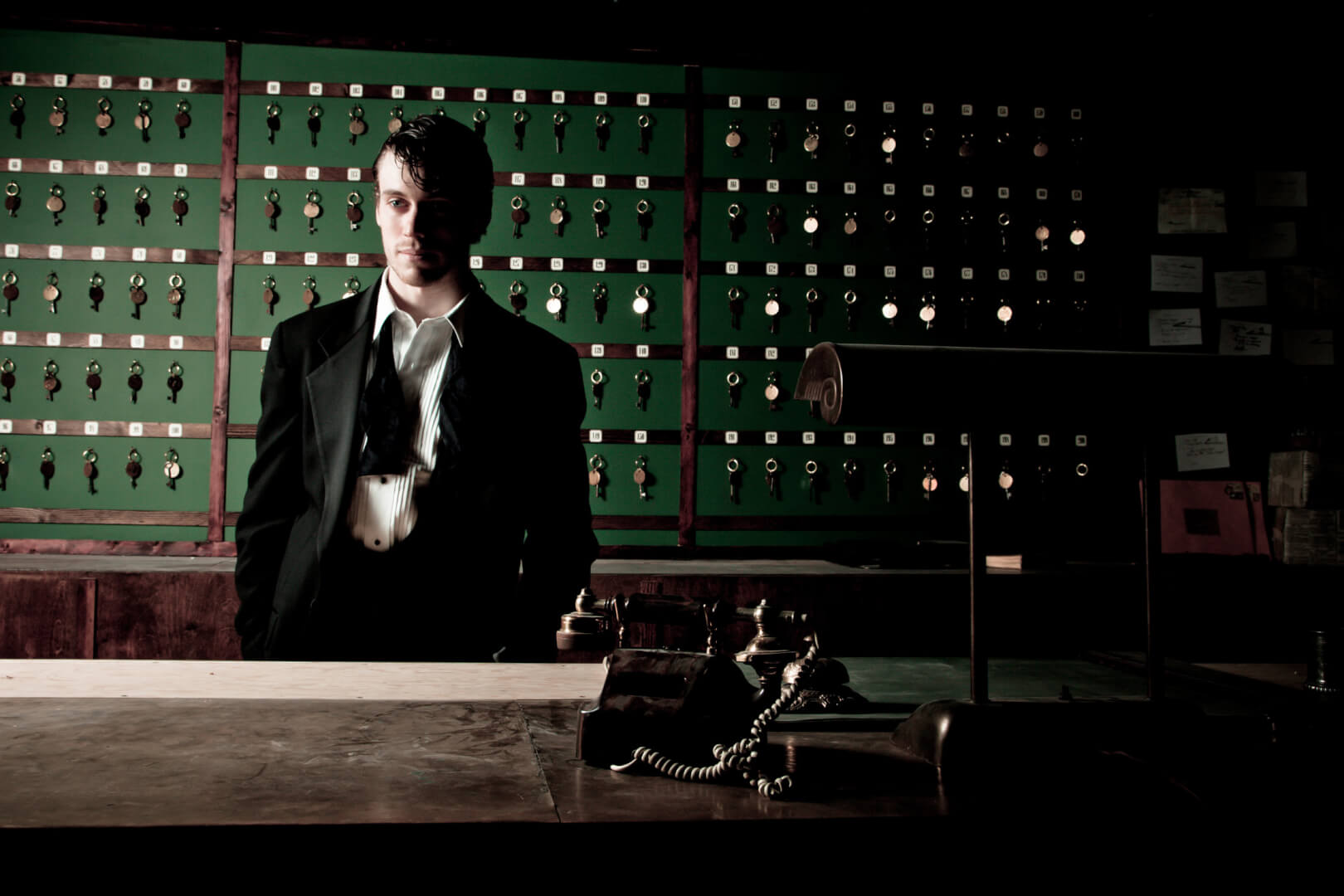 The plays of Shakespeare have been performed for hundreds of years – but never before like this.

“Sleep No More” has been performed nearly nightly since it debuted in New York in March 2011, a twisted take on the classic “Macbeth.” But this isn’t akin to any sit-and-watch theater. Not even close.

To define “Sleep No More” is difficult, best described as a haunting, immersive, individual theatrical experience. A small taste of what is witnessed inside can be seen in the video below.

That is indeed a very small taste of “Sleep No More” because no one visit can reveal its entire performance, wandering and elusive with surprises consistently emerging throughout each evening.

“Sleep No More” is situated in The McKittrick Hotel (530 W 27th Street, New York, NY), tucked away from just about everything. This “hotel” is anything but, a fictional place-setting for the intriguing visuals that exist within. 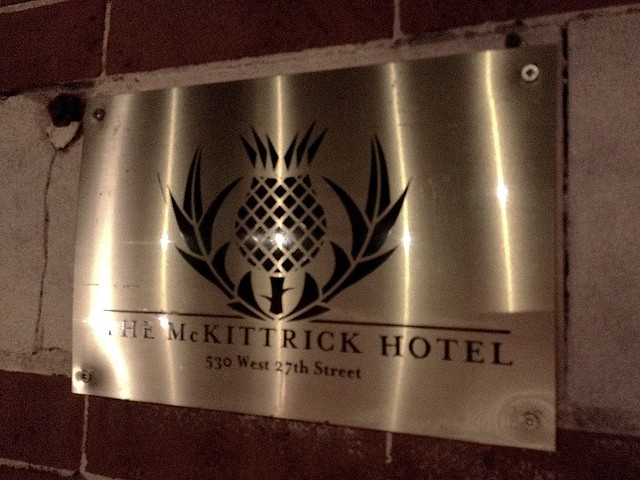 Ticket holders line up outside, awaiting their timed entry. The experience lasts up to three hours with at least five arrival times available each evening. 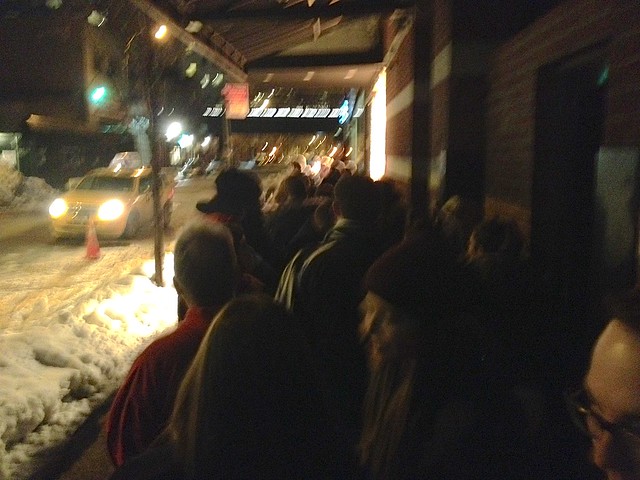 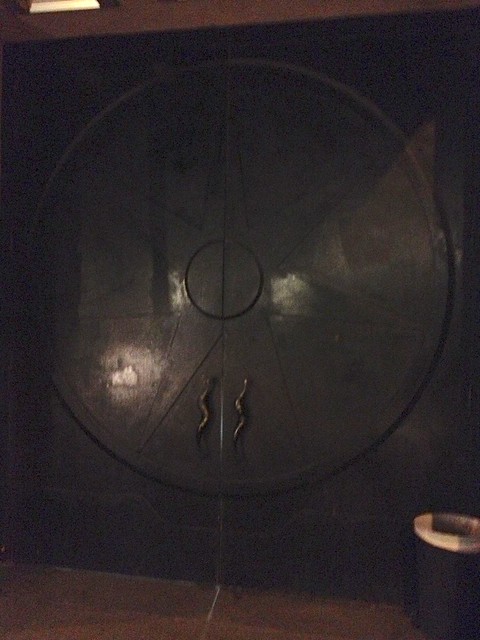 Once inside, visitors check their coats and loose items – no photography or cell phone use permitted. It feels a bit like checking in to a strict, highly secretive hotel. 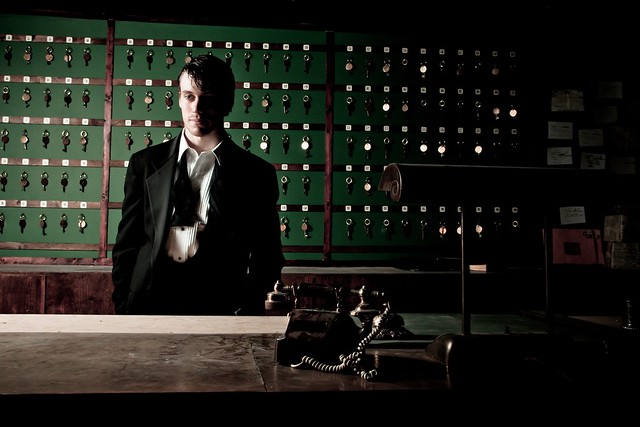 After passing down a few dim halls, visitors wind up in a smokey 1930s style nightclub, the Manderley Bar. Drinks and mingling are an option until it is time to enter the main experience.

It’s here that “Sleep No More” truly begins, as visitors arrive to an elevator in small groups. Each person is handed a mask to wear throughout the evening, instructed from this point forward not to utter a single word. Instantly, it becomes a very personal, anonymous experience. 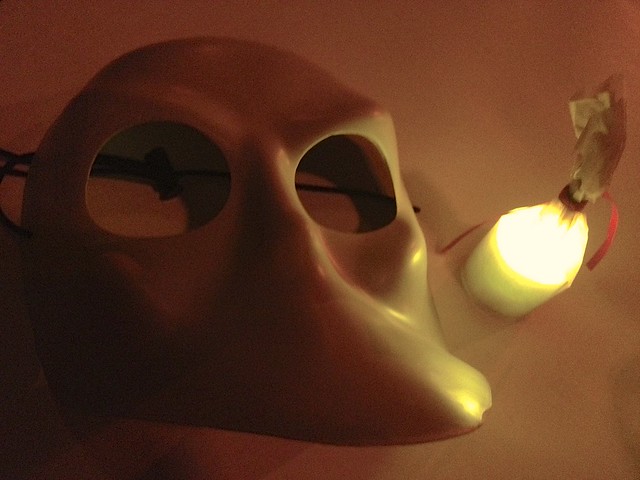 Upon stepping into an elevator, everyone is informed that they should set out on their own, even if they arrived with someone. And, most importantly, to follow anything that is interesting.

Visitors are quickly thrust into the experience without any further direction, left alone to discover everything on their own. A bold sense of adventure is required to seek out the entertainment. At first, it may seem like nothing at all is happening. Well themed, but empty rooms exist throughout the multi-story space as characters pass through the warehouse in which “Sleep No More” is set.

Exploration is key. One may first stumble across an office filled with drawers to open and notes to read. Or one may find a forest, bathed in dim blue light with ominous music throbbing throughout. But eventually, everyone will find a character who will appear in a flash and keep moving fast, followed closely behind by groups of other masked attendees eager to see what happens next. 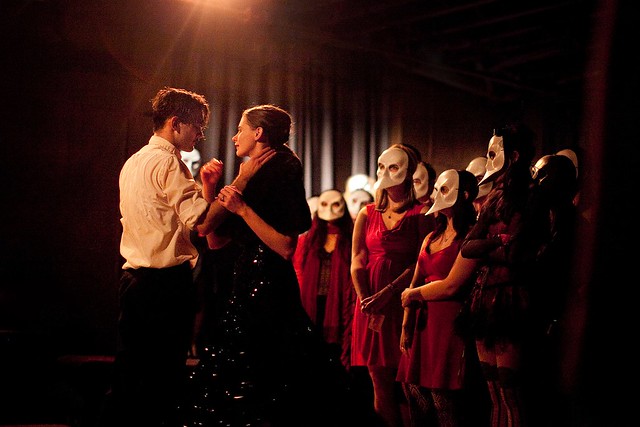 Characters and the story that unfolds are loosely based on Shakespeare’s “Macbeth,” but don’t expect to leave with a firm understanding of what happened. This is performance art in its rawest form, replacing all dialogue with perfectly choreographed movements like a ballet pulled off the stage and into a home, bouncing from room to room at a rapid pace.

There is tension, anger, elation, despair, sensuality, and a bit of the supernatural, all expertly portrayed through body language alone, sometimes individually merely a few inches from visitors, other times in a group setting pulling together everyone at once. Some will get chosen for one-on-one encounters behind locked doors while others will spend the evening watching from afar. It’s ultimately every attendee’s choice on how to take it all in. 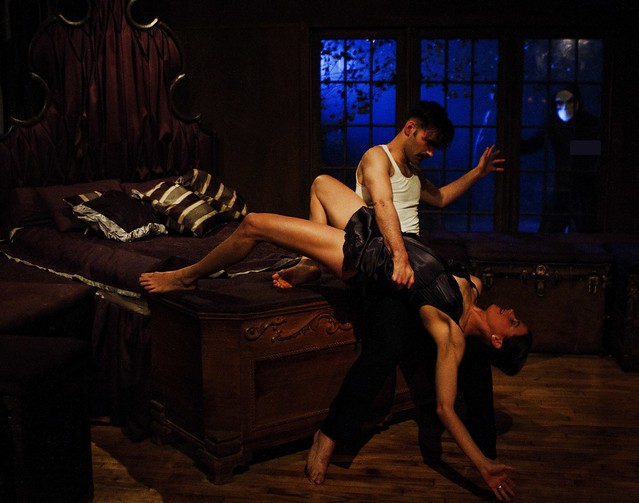 Different events happen in different rooms on different floors with different characters simultaneously, so there is no possible way to see everything in one visit – or even two or three. There are some “Sleep No More” fans who have seen the show more than 50 times, sharing experiences online, desiring to see it all.

Some of the individual scenes that take place are rather mundane as a maid cleans a room or a man sleeps in a bed. But most are highly intriguing, some even shocking. A fight between a man and a woman becomes a dance of sorts, flinging one another off the walls and over furniture while yelling at each other without ever making a single sound. A small gathering of people quickly becomes a massive swing dance, witnessed by villainous characters lurking overhead. And a face off of witches winds up in a wild sexually-charged rave with pulsing lights and grinding naked bodies. If anything, visitors to “Sleep No More” should expect the unexpected. 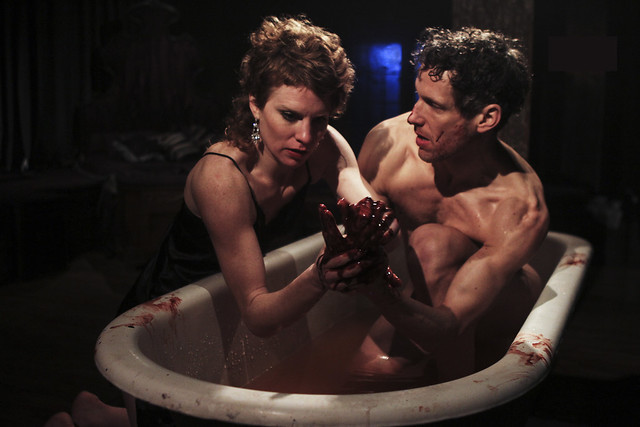 Since seeing everything isn’t an option, to make the most of a single evening within “Sleep No More” attendees should find characters that intrigue them and stick to them as closely as possible. Follow them up and down stairs, in and out of rooms, and watch their every tiny move. And if they ever get dull, jump on the opportunity to switch to another interesting character passing by that might offer something new. Though the environments are incredibly well decorated, it’s the actors that truly make “Sleep No More” an unforgettable experience. 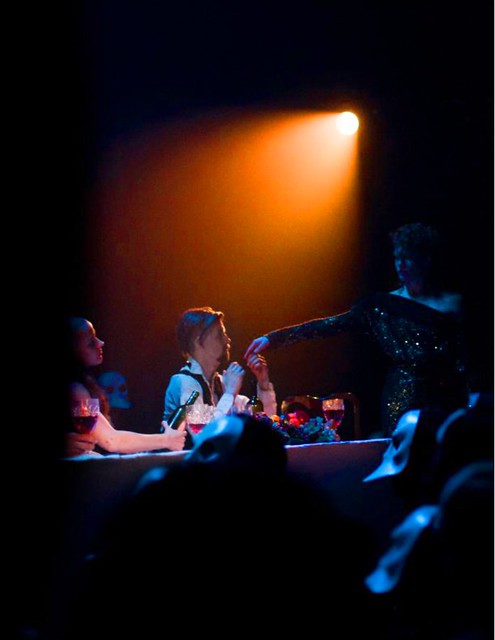 The show “resets” once an hour, culminating in a banquet meal with a grand finale that shouldn’t be missed after three full cycles. All characters will wind up there, so it’s almost impossible to skip.

After it’s all over, visitors may return to the Manderley Bar or – even better – enjoy dinner at the attached restaurant called The Heath, where the experience continues.

Dining at The Heath is another highly themed adventure, set inside an old time train station featuring a fantastic lounge band and more characters that roam and socialize. The food is fantastic and the drinks pack a punch, which is most welcome after three hours of running around. 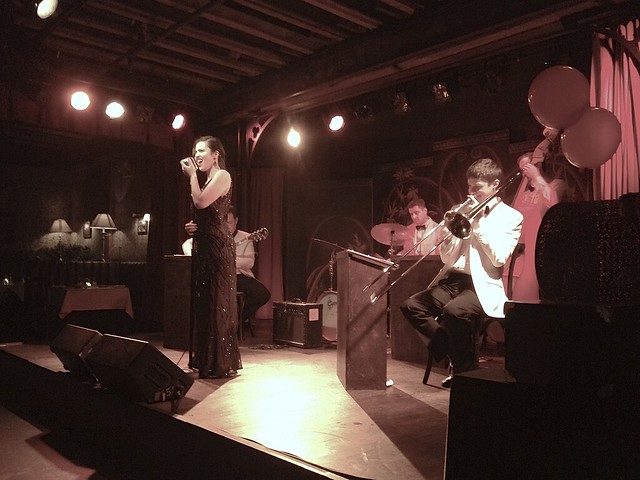 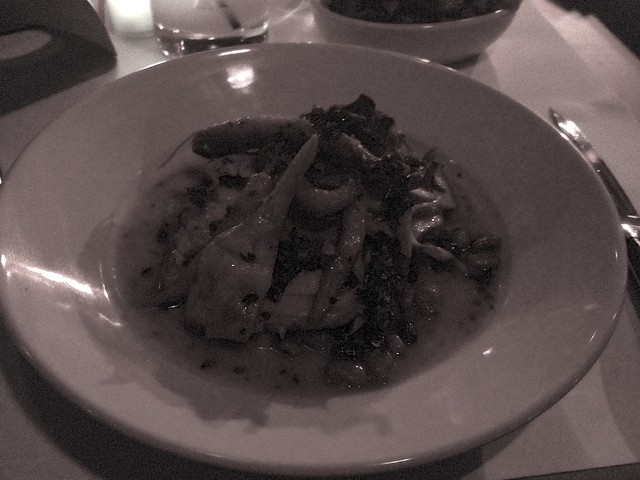 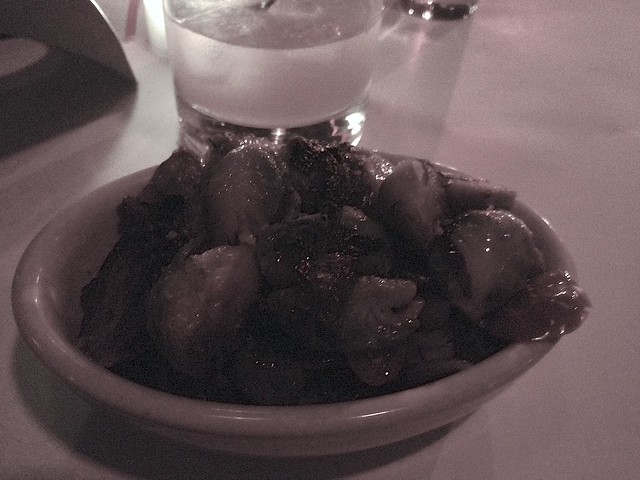 It’s easy to see why “Sleep No More” has influenced many haunted attractions in recent years. Though it does not tell a scary story, the open-ended flow enables every visitor to customize their own experience in a way traditional, linear themed experiences do not. Whatever interests each individual is what they take away, with no two people leaving having seen the same events. It’s a fascinating structure for a performance that is bound to evolve across many experiences, putting control in the paying customer’s hands while offering a reason to come back multiple times to see more.

The choreography to make it all seamlessly blend without actors tripping over each other’s scenes is tremendous, while the nearly constant background music and sound effects heighten the mood of each scene the plays out like a good movie score. The amount of careful planning and rehearsal went into producing “Sleep No More” is evident within a few minutes of stepping inside and future themed entertainment designers should pay attention to how this experience forces the audience to rethink what it means to be taken out of the real world and immersed into someone else’s creation.

It’s not all about special effects, animatronics, or people jumping out from dark corners, but rather using decades-old theater basics in a new, much more personal way, placing talented performers in the same space as the audience, making everyone part of the show. It’s truly like nothing else around.

It is recommended to buy tickets well in advance for the earliest time possible to allow for a full evening of exploration.