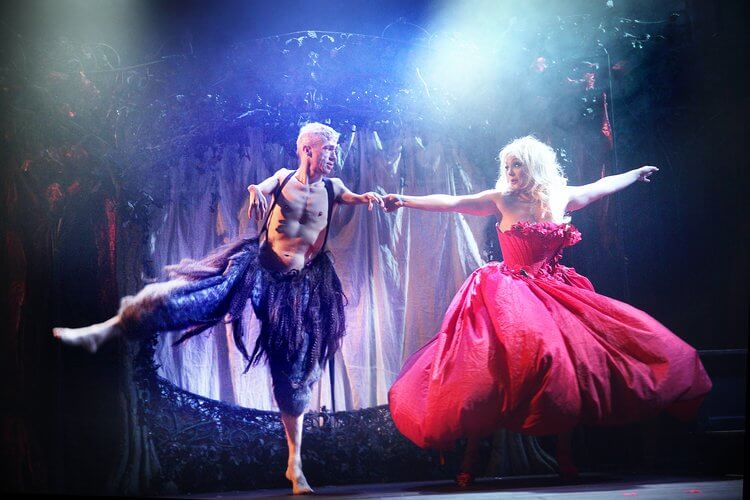 “What do you get when a born freak, a former beauty queen, and an award-winning maverick director take on a classic romance?”

That’s the question posed in the most recent adaptation of “Beauty and the Beast” now on stage at New York City’s Abrons Art Center through March 31. But this version definitely doesn’t feature any singing candelabras or dancing dishes, instead directed solely at adults in what’s being called an X-rated, but highly respectable theatrical performance. The unusual act originally ran in London in December 2013, garnering strongly positive reviews. The same has happened since it debuted a few days ago in New York, with many critics praising its boldness and ability to reinvent the classic tale in a form strictly for grown-ups.

The Beast comes to stage in two forms, seen disfigured via Muz’ own disabilities – shortened, somewhat disformed arms and hands. But through careful puppetry, Muz also appears to stand tall with fully-figured limbs at times.

Beyond the audience being forced to face the actor’s very real physical deformities, which he is not shy at showing off, this version of “Beauty and the Beast” also displays fully naked performers in unashamed sexual acts featuring what they call “both beautiful and beastly nudity.” The 1 hour and 15 minute show challenges audiences to accept its shocking visuals and seems to succeed based on many rave reviews. It’s not raunchy for the sake of raunch, instead interweaving sexuality with a twist on a familiar and beloved story. (Thanks to Lauren for the heads-up!)