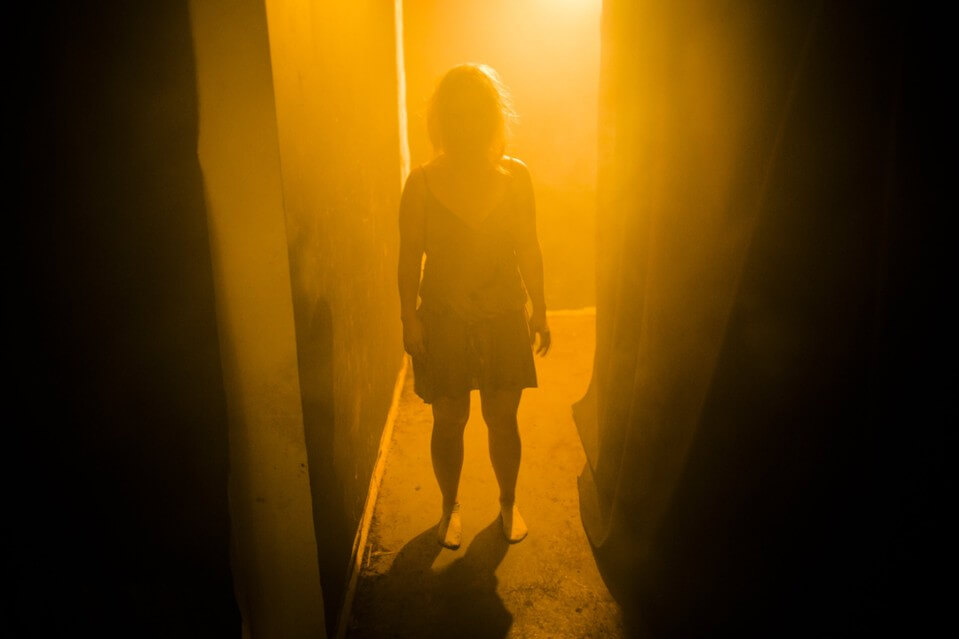 A or B. Fast or Slow. Left or right. Answer. NOW. FASTER.

These are the choices the creators of the famous Blackout haunted house are forcing their guests to make during the 2013 Halloween season. The results of these choices are unknown to participants, sensory deprived and loudly commanded to make snap decisions that alter the course of the uniquely psychological experience.

It’s the first time since Blackout’s creation several years ago that patrons are allowed to make any choices of their own. Dubbed “Blackout: elements” this year, the roughly 30-minute experience forces visitors to encounter just about anything imaginable in a series of dark corridors – while walking through entirely alone.

The video below offers a sampling of what’s inside. Warning: It’s not pretty.

Blackout requires all attendees to be at least 18 years old, to do everything that is told no matter what, and to never speak unless prompted. Waivers are signed, noting potential parts of the experience to include complete darkness, strobe lights, crawling, stairs, loud noises, water, physical contact, and sexual and violent situations. In other words almost anything goes, without participants having any say in it once inside. That is, until this year.

“We’re sort of known for not allowing any choice or personal opinion to happen inside the show, if you’re an audience member, and we wanted to keep people on their toes this year by actually giving them a say in what happens to them,” explained Blackout co-creator Josh Randall. “The choices do matter and there are many different experiences and scenes that one can have based on their choice.”

But because the choices are so incredibly vague, only return customers can tell what the other options may have been. “Many people are coming back to make different choices and experience different scenes,” added Randall. “We’ve had several people come back at least once a week, if not more.”

Should any of the choices become too intense for guests to handle, there is a safety word. And it is used by an average of one out of every seven participants, according to Randall, each time immediately stopping the experience with no refunds given. 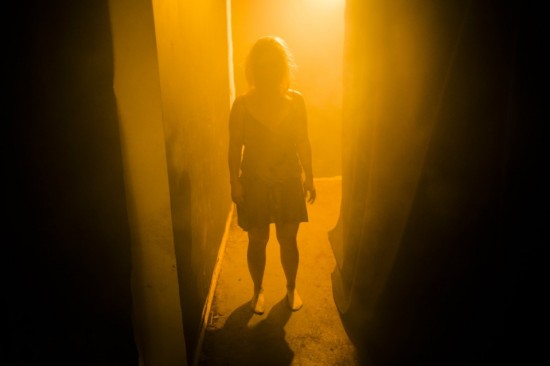 So what could possibly be so extreme that would cause someone to quit and forfeit a $65 ticket?

With Blackout: elements continuing through November 10th in New York and Los Angeles and coming in December to Chicago, I don’t want to give too much away. So instead, I will recount my personal experience in a series of words and broken phrases, leaving it up to your imagination to piece together.

Take that for what you will. If you crave more details, I have a couple podcasts for you to listen to.

The emotions are real and the feelings are intense. Male or female, young or old, every gets presented with the same options and opportunities for deranged entertainment.

Blackout: elements is perhaps not as demanding as previous incarnations, never requiring participants to strip naked or even get dirty. But from its surprising opening moments to its wild conclusion, it is definitely an experience unlike any other. It’s not really a haunted house, but rather a chance to release all inhibitions and apprehensions and hand over control to others for a while, knowing it’s ultimately a safe experience.

The Blackout staff closely monitors every room of the event at all times, for the safety of both their customers and particularly their actors, many of whom over the years have had to get completely naked and perform a variety of sexual acts in front of complete strangers. Every moment is recorded on video via required consent to participate.

And Blackout is known for its nudity, which Randall calls an “important tool” used for “stripping away the layers of artifice to create a more real and genuine experience” that’s “very vulnerable and intense.” Naturally, Blackout has had its fair share of controversy since its inception, though Randall says that has been less about the nudity and more about the intense content. “Controversy is part of the deal for us and we don’t consider that a bad thing. Blackout is a polarizing experience that doesnt need to cater to a large crowd. For every person that loves the show, there’s someone that hates it, and we’re ok with that.”

This experience is for those who are looking to try something entirely new and different that’s not part of anyone’s daily routine (except perhaps those working there). It’s not every day that one gets unexpectedly bear hugged, repeatedly berated and verbally abused, and up close and personal with naked strangers – but perhaps now I’ve written too much.

More information and tickets for Blackout: elements can be found at blackouthh.com.